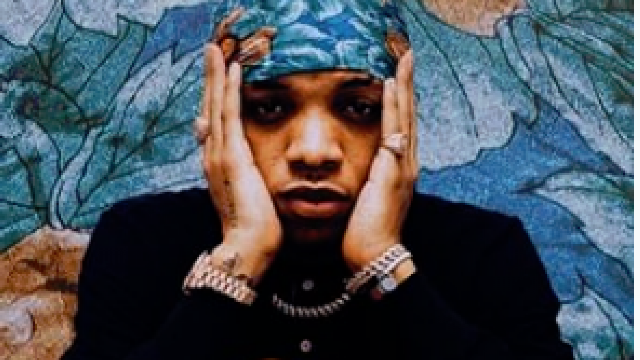 …To Be Placed On Watchlist By Security Agencies

…Commends Police For Arresting Him

The Federal Government has vowed to use a popular musician, Augustine Kelechi, aka Tekno, and other persons as scapegoat bring sanity into the social lives of citizens and stop the debasement of humanity and the pride of Nigerian women.

The decision by the Federal Government to use Tekno as scapegoat followed the release of the controversial nude video by the musician ,who was granted bail on health ground.

The video with scenes of four nude women dancing in a moving van on the Lekki-Ikoyi Link Bridge in Lagos, had generated a lot of uproar and outrage.

The artiste, in the four-minute video was seen throwing money perceived to be dollars at the young nude women.

The government expressed disappointment that despite ongoing investigations into the anomaly, Tekno went ahead to release the offensive video.

The official music video for his song, ‘Agege,’ which was released on Thursday, showed Tekno in the moving van performing to the camera with the half-clad women dancing seductively.

A statement issued in Abuja today by the Director-General, National Council for Arts and Culture(NCAC),Otunba Segun Runsewe, said Tekno would be used as a scapegoat “to teach others a serious lesson.”

According to him, the NCAC, a parastatal of the Federal Ministry of Information and Culture was committed to exposing proponents of such kinds of offensive sights and videos in Nigeria, while security agencies would be briefed to place Tekno on their watchlist “because his conduct is a threat to national security.”

Runsewe said he got hundreds of calls and SMS from Nigerians both at home and in the diaspora, who queried why such immorality would be allowed to happen in Nigeria.

Speaking further ,he said, “We commend the police for arresting Tekno for the shameful misconduct. The same person who was granted bail on health ground has gone ahead to release the nude controversial video. We are now warning him to desist from this shameful conduct which is not part of our culture.No single person is bigger than Nigeria; whether he likes it or not, we are going to use him as scapegoat to send a strong signal that this government does not tolerate nonsense and immorality, but discipline which is our moral principle.

He continued, “Since the offensive Tekno scam video came to limelight, I have received hundreds of telephone calls and SMS from Nigerians at home and others in United Kingdom, United States, Canada and other parts of the world querying why such anomalies would be tolerated in Nigeria.Now that he has released the shameful video when investigation is still ongoing, we are going to inform security agencies to placed him on their watchlist because his action is a threat to national security and bad influence on Nigerian youths. We are committed to exposing proponents of this kind of offensive sights and videos. We warn that nudity is not part of our culture and should not be tolerated. The Federal Government will henceforth fish out such clubs for nude dancers across the country for their promoters to face prosecution.”

He added that Section 134 (a) stipulates that an indecent act in a public place makes both parties engaging in the act liable to imprisonment for two years.

Runsewe also cited Section 136 of the Criminal Law of Lagos State, 2015, which states that any person, who commits any act of gross indecency with another person in public, commits an offence and is liable upon conviction to three years imprisonment.

The Lagos State Signage and Advertising Agency had since suspended the advertising agency, which owned the display truck that was used in shooting the video, until the completion of its investigation.

Be the first to comment on "Lagos Nude Dance Video: FG To Use Tekno As Scapegoat"