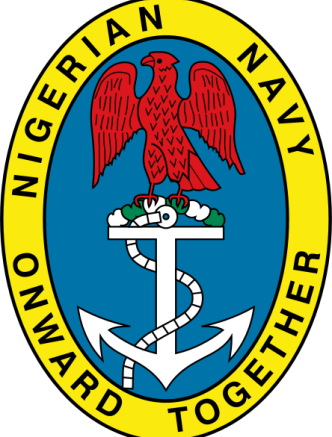 Arraigned alongside the retired Naval officer are: Jonathan Abuka; Ikemefuna Charles Agaba; Benjamin Gold and Hamzat Yakubu, while the vessel was represented by Nike Folarin, its Chief Financial Officer.

The defendants were arraigned before Justice (Professor) Chuka Obiozor on charges of conspiracy and unlawful dealing in the petroleum product.

The EFCC in charge marked FHC/L/250c/2019, alleged that the naval officer and other defendants between August and September 2018, at the coast of Gabon, conspired among themselves and dealt in Automated Gasoline Oil (AGO) popularly called diesel.

The EFCC prosecutor, Sir Stephen Odiase, told the court that the defendants were arrested on August 13, 2018, by men of the Nigeria Navy, on the  coast of Guinea with the vessel loaded with the petroleum product without appropriate licence to do so.

He told the court that the offences committed by the defendants are contrary to sections 3(6) and 1 (19) (a) and (b) the Miscellaneous Offence Act Cap M17, Laws of the Federation of Nigeria (Revised Edition) 2004 punishable under sections 1(17) (b) of the same Act.

However, the defendants pleaded not guilty to the charge.

Following the defendants’ plea, the prosecutor asked the court for a trial date.

But counsel to the first to fifth defendants who includes; Mr. Jerry Omoregie, O. J. Omoruwayo, Uche Obi and Nelson Otaji and in their different bail applications, urged the court to admit their clients to bail in liberal terms.

They informed the court that their clients have been in custody since they were arrested last year August and September, 2018 and were brought to court following an order of Justice Chukwujekwu Aneke of a Lagos Federal High Court, that ordered their release.

The counsel told the court that the clients are first time offenders without any previous criminal record.

But the prosecutor, Sir Odiase, urged the court to refuse the defendants’ bail applications, on the ground that the alleged offence is an economic sabotage which affects the country negatively.

Ruling on the patties submissions, presiding judge, Justice Obiozor said he is incline to grant the applications of the defendants following the averments in their applications, most especially since they have been in detention since August and September 2018.

Consequently, the judge admitted the defendant to bail in the sum of N10 with one surety in like sum each.

The judge also ordered that the surety must produce evidence of three years tax, means of livelihood, their statement of account, title of landed property and two of their passport photograph.

All the bail conditions are to be verified by the court’s Deputy Chief Registrar (DCR).

Justice Obiozor however, granted the request of the release in the interim, the first, second, fourth and fifth defendants, to their counsel, upon an application made for such. But with a caveat, that the counsel should deposit their original Call-to-Bar Certificate with the court’s Deputy Registrar. Adding that the bail term granted them must be fulfilled within 14 days, upon which the defendants will be remanded in prison custody.

However, Mr. P. Amara, counsel to six defendant, the vessel, represented by its Chief Financial Officer, Nike Folarin, asked the court for a short date to enable him file his client’s application, as he was just served with the charge in court today.

The court granted his application and adjourned till August 8, for hearing of the application.

Charge against the defendants reads:

That you Mrs. Bola Labinjo, Jonathan Abaka, Charles Ikemefuna Agaba, Benjamin Gold Gagechi, Hamza Yakuhu and MT. Adeline Jumbo, between August and October, 2018, within Nigerian Maritime Domain and the Gulf of Guinea within the jurisdiction of this Honourable Court did conspire among yourselves without lawful authority and appropriate licence to deal in petroleum product to wit: dealt in Automobile Gas Oil (AGO) off the coast of Gabon on 13 of August, 2018, and You hereby committed an offence contrary to section 3(6) of the Miscellaneous Offence Act Cap M17, Laws of the Federation of Nigeria (Revised Edition) 2004 and punishable under Section 1(17) (b) of the same Act.

That you Mrs. Bola Labinjo, Jonathan Abaka, Charles Ikemefuna Agaba, Benjamin Gold Gagechi, Hamza Yakuhu and MT. Adeline Jumbo, between August and October, 2018, within Nigerian Maritime Domain and the Gulf of Guinea within the jurisdiction of this Honourable Court did conspire among yourselves without lawful authority and appropriate

to deal in petroleum product to wit: deal in Automobile Gas Oil (AGO) ON the coast of Gabon on the 13th August, 2018. You thereby committed an offence contrary In Section 1 (19) (a) and (b) of the Miscellaneous Offences Act Cap. M17, Laws of the Federation of Nigeria (Revised Edition) 2004 and punishable under Section 1(17)(a)(b) of the same Act.

Be the first to comment on "EFCC Arraigns Naval Officer, 4 Others For Alleged Bunkering"