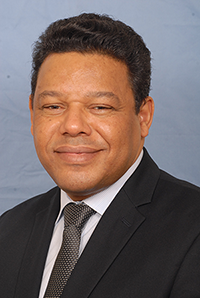 The Chief Executive Officer, African Aviation Services Limited and member, Governing Board, International Business Aviation Council (IBAC), Mr Nick Fadugba has advised airlines in Nigeria to partner with one another to make profit and continue to remain in business,

This is just as he described air route into country as an oil block that has economic value, adding that there is no market in Africa comparable to Nigeria.

He made the appeal at the just concluded 23rd annual conference of the League of Airport and Aviation Correspondents (LAAC) with the theme, “Boosting Aviation Investment Through Policy” held in Lagos.

Fadugba pointed out that there was no way any Nigerian airline can compete with the likes of British Airways, Delta and Ethiopian Airlines with large number of aircraft in their fleet.

He added that the average size of Nigerian airlines is maximum of 10 aircraft, wondering how they can compete with Delta Air Line with about 500 airplanes and British Airways in their fleet.

According to Fadugba, “There is no market in Africa that is comparable to Nigeria. Whether you are a market lady or a board chairman, we travel; we are a nation of traders. Many foreign airlines are coming into Nigeria making good profit and yet most Nigerian airlines to the best of my knowledge are not making a lot of money. In fact some are quite poor financially, so we need to do better. You know the international aviation industry has changed dramatically since the days of Nigerian airways, today no airline can succeed working alone.”

Speaking further, he said, “I want to once again appeal to airlines in Nigeria to come together, to work together in operations, training, maintenance, we need to partner. Even if we don’t merge we need to partner with one another. The average fleet size in Nigeria is about maximum 10 aircraft and yet we are competing with British Airways that has over 400 aircraft. Delta airlines has over 500 aircraft even Ethiopian Airlines has a 110 aircraft. How can small airlines compete? And I am not being disrespectful by the way. I am not talking about fleet size, I am not talking about commitment to the industry but I want to be realistic, because this industry is cut throat. If you don’t have a critical mass in terms of size, in term of good management, in terms of fleet, in terms of good network, it is very hard to succeed.”

The former Secretary General, African Airlines Association (AFRAA) also appealed to the Federal Government to review the Bilateral Air Service Agreements (BASAs) Nigeria signed with other countries, adding that since the liquidation of Nigeria Airways Limited (NAL),no Nigerian airline could reciprocate the several BASAs entered into with other countries and that the  situasion gave advantage to international airlines.

He contended that the liquidation was not necessary, as according to him the state of NAL then was better compared to Kenya Airways that was turned around by the government of that country.

“I also want to appeal to the Federal Government of Nigeria, over the past 15 to 20 years since the demise of Nigerian airways and I regret the liquidation of Nigerian airways, I did not believe it was necessary. Up till today I believe it was not necessary. Kenya Airways was turned around and it was in a worse position than Nigerian airways at the time, so we could have saved it but we didn’t. However, since Nigerian Airways Limited was liquidated there was no airline to reciprocate on bilateral air service agreements, so foreign airlines gained a huge advantage over Nigerian airlines. But now we need to sit down, we need review the situation. Don’t forget an air route to Nigeria is like an oil block, it has economic value and we cannot just be giving them away free of charge.

Speaking further Fadugba argued that though the Nigeria needs a national carrier but that it should not be at the detriment of private airlines such as Air Peace and others, appealing to the Federal Government to support private airlines in the country, as that is the only way these airlines can thrive.

According to him, “We need to review the setup because all airlines in Nigeria including Air Peace are complaining that the system today is unfair, it is not in our interest. I also want to appeal to the government to support private airlines like Air Peace and many others, of course we want a national carrier but this should not be done to the disadvantage of private carriers like Air peace. Air Peace is launching long haul services to Dubai but they need support from government and from the flying public in Nigeria. I don’t see why Emirates coming into Nigeria from Dubai why they can’t partner with Air Peace.

He continued, “If Air Peace can partner with Emirates to Dubai it will be a win-win. Emirates should not have the lion share of the business and it is the government that can influence that.”