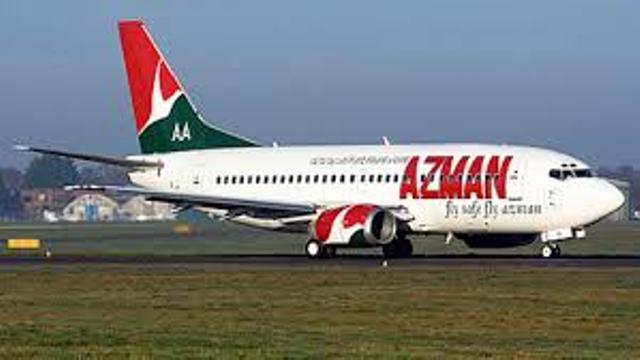 The Federal Airports Authority of Nigeria (FAAN) said that its Aviation Security (AVSEC) officials arrested an intruder who was sighted trying to climb into an Azman Air aircraft Lagos to Port Harcourt flight while waiting for clearance from Air Traffic Controllers (ATCs).

An online statement signed by General Manager, Corporate Affairs, Mrs. Henrietta Yakubu explained that the intruder was arrested at about 10.09 hours

“At about 1009 hours, aviation security officials of the Federal Airports Authority of Nigeria arrested an intruder who was sighted trying to climb into an Azman aircraft waiting for clearance from Air Traffic Controllers.

The pilot of the Azman aircraft with registration number 5N-HAI departing Lagos to Port Harcourt reported the incident and AVSEC officials swiftly responded. The man has been apprehended and is now in AVSEC ‘s custody.”

The aircraft, Yakubu said taxied back to the apron for a thorough check and has departed for Port Harcourt afterwards.

FAAN, she said has already started investigating the incident, adding that the agency is committed to its core values of safety, security and comfort.

However, one of the passengers, name withheld who sent a text to AbelNews stated that passengers including him were panicking when pip from the windows to see a man climbing one of the aircraft engines.