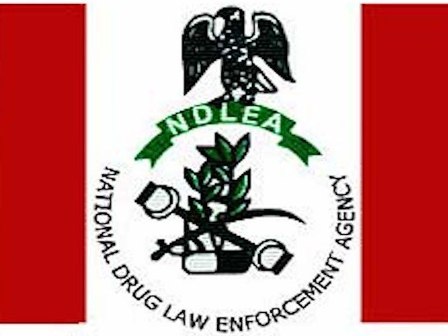 A Federal High Court, Lagos, today, ordered the remand of Ibrahim Ismail, 35 and a 49 year-old Salami Lateef Olumide, alias Wake-Up, who were arraigned before the court on drug related charges, till Friday, when their bail applications will be heard.

Ibrahim and Salami were arraigned before Justice Nicholas Oweibo, by the National Drug Law Enforcement Agency (NDLEA) on four counts charge of conspiracy and unlawful exportation of 4.840 kilograms of methamphetamine, a hard drug similar to cocaine and heroine.

The two defendants were apprehended by NDLEA operatives at the NAHCO export shed, Ikeja, Lagos, with the banned drug wrapped with carbon paper and hid in hair attachment with brand name ‘Richbrand Expression’, which they intended to export to London through British Airways.

They were also alleged to have concealed the drugs in ‘Ghana Must Go bags’, after hidden it in the hair attachment.

NDLEA in a charge marked FHC/L/205c/19, alleged that the defendants and others now at large, committed the offence on April 30.

Those alleged to have conspired with the defendants are: Adeniyi Folashade, one Gbenga and Victor, who are said to be at large.

While Ibrahim was slammed with one count of the charge, Salami and others at large were charge of three counts of the offence.

The prosecutor, Juliana Imaobong Iroabuchi, told the court that the offences contradict sections 11(b) and 14(b) of the National Drug Law Enforcement Agency Act, Cap. N30, Laws of the Federation of Nigeria, 2004.

The defendants pleaded not guilty to the charge.

The prosecutor, after the defendants had denied the charge, asked court for an adjournment, while also pleaded with the court to remand them in prison custody pending the determination of the charge.

However, lawyer to the defendants, Chief Lillian Omotunde leading Ore-Ofe Ogunleye, informed the court that she not contesting the date for trial but said she has filed the defendants’ bail applications.

With the position of the parties, Justice Oweibo ordered that the two defendants be remanded in prison custody till Friday, when their bail applications shall be heard.