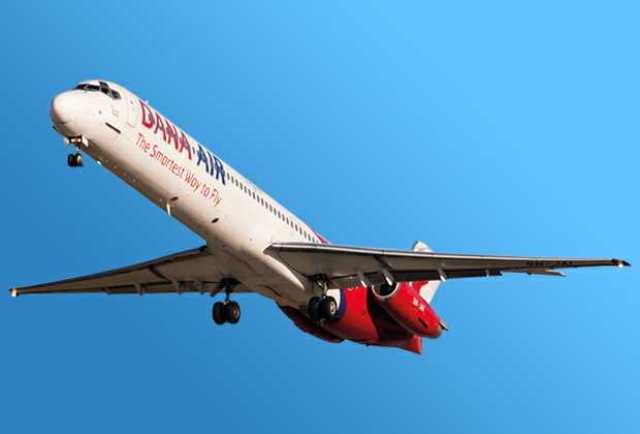 Dana Air has apologised to its customers over the disruption of their flights on different routes Thursday, Friday and Saturday last week.

The airline in statement issued by its media and Communications Manager Kingsley Ezenwa said some of the airline’s scheduled flights were disrupted due to nose steering lock on one of its Abuja to Lagos flight which also made the airline to ground the aircraft in line with its strict safety standards.

“On Thursday July 11 2019, one of our Lagos Abuja flight developed a nose wheel issue upon landing in Abuja and after a thorough assessment by our team of engineers, we decided to ground the aircraft in line with our strict stance  on safety.

Although a nose steering lock is not a defect but a mechanism to prevent damage on steering cylinder and torque link during the nose wheel turning greater than 82 (+/- 2) degrees.”

It continued, “We sincerely wish to apologise to our guest for the delays occasioned by this incident and to also assure them that their safety comes first before any consideration in our daily operations.

The airline said that the aircraft has however been flown to Lagos for the airline’s engineers to conduct full scale checks.

The statement added that in the interim, the airline has made proper arrangements with its partner airlines to ferry its passengers to their various destinations together with other serviceable aircraft in our fleet.

Dana reassured its passengers that their safety and comfort would remain a top priority in its operations and necessarily compensations would be communicated to the affected passengers.