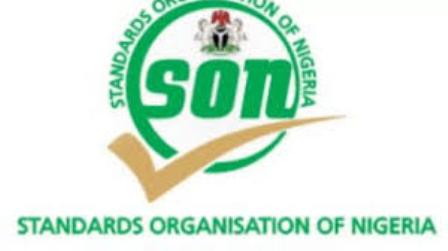 The Standards Organisation of Nigeria (SON) has seized substandard galvanised roofing sheets worth N35 million at a Warehouse in Ogba area of Lagos.

They were seized from a dealer, who specialises in the importation and production of substandard roofing sheet into the country, when SON official stormed the Warehouse.

The Director General, SON, Osita Aboloma, represented by the Director, Inspectorate and Compliance, Engr. Obiora Manafa, who made this known, said the move was to serve as a deterrent to unscrupulous importers and manufacturers, who indulge in illicit trade, saying that there is no hiding place for substandard goods in the country.

Recalled that the agency recently seized over N200 million worth of substandard aluminum roofing sheet in Uyo.

Manafa added that the seized galvanised roofing sheet in Lagos is worth over N38 million, adding that SON will stop at nothing to ensure that only goods that conform to the Nigeria Industrial Standard (NIS) are allowed to thrive in the Nigerian market.

He said going forward, SON would go through every nook and cranny of the country raiding markets, warehouses, adding that the aim is to protect unsuspecting consumers while also adding value for hard earned money spent on purchasing goods.

“If you use this kind of roofing sheet for your structure, any little wind would destroy it and this is what we do not want to encourage. So, we are appealing to all Nigerians especially importers and our local manufacturers also to stick to the NIS 180. We have valued this one to be around N38 million and we are still going to seize more. This campaign is ongoing to continue in the country. We are appealing to everybody not to waste their money buying substandard goods, because if you continue dealing with this product, SON will seize and destroy them. We are not happy we are destroying these products because it is a loss to the economy, but we have to protect Nigerians which is our primary responsibility,” he said.

He continued, “We want consumers to have value for any money they spend on buying products. Some of these substandard were imported and manufactured locally and we are seizing all of them because they failed to meet the specific requirement of the NIS. For aluminium sheets, if the standard is below 0.4, we will seize and destroy them. We are doing all of this to safe the local producers of quality goods and we also do not want these unscrupulous people bringing in this product to underprice our local manufacturers and if this happens, they will not make money and lay off their workers. This is why we are fighting tooth and nail to eradicate substandard goods in the country.”

He stated that the seized goods were smuggled in because they do not have SONCAP certificate, saying that products such as this must not come into the country unchecked.

“Our Independent Accreditation Firms (IAFs) who we appointed to do inspection activities on our behalf must have tested them and ensure that they comply to the standards. Even if they beat us at the port, we will go after them in the markets and warehouses to look for them. Right here in the warehouse, we have conducted a lot of test on these products, we have our micrometer screw gauges which we use to check the thickness.

We cannot do this alone, this is why we work with sister agencies and intelligent surveilance units to gather information about how to get these products before they enter into the countr,” he said.

Also speaking at the event, the Coordinator, Surveillance Intelligence and Monitoring Unit (SIM), Suleiman Isa, stated that the goods would be destroyed and recycled, pointing out the enforcement exercise would be a national activity.

In his words, “We have succeded in loading the substandard products and we are about to take them to our warehouse. The next line of action is destruction and recycling which will be determined by the management of SON.

This is going to be a national activity and it is going to be happening on a continuous basis. We are also using this opportunity to advise all importers and even the local manufacturers to ensure that they meet the minimum requirements of the standards for these products. Failure to do this, their products will be seized and destroyed.”

He informed that SON have been carrying out sensitisation programmes to enlighten people on the dangers of substandard products, but that people prefer to go for inferior products because of the price, stressing that at the end of the day the cheap products are not cheap, but expensive.