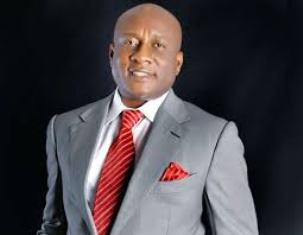 The League of Airport and Aviation Correspondents (LAAC) has stated that the Chairman of Air Peace,Allen Onyema would set the tone for panel discussions at the forthcoming 23rd Annual Conference of the association.

At the conference, the Chief Executive officers of airlines are expected to discuss burning industry issues with heads of aviation agencies and other industry stakeholders.

This is just as the President of African Business Aviation Association (AfBAA) and Chief Executive Officer of African Aviation Services Limited, Mr. Nick Fadugba, confirmed participation at the conference that has as the theme, ‘Boosting Aviation Investment Through Policy.”

Onyema has a wealth of experience in the aviation industry, having established Air Peace in 2014 with just seven aircraft, which has grown to over 20 in less than five years.

The airline is the fastest growing carrier in the entire West and Central African region, connecting major cities in Nigeria, West Africa while plans have reached an advanced stage to expand its wings to the Middle East and other long haul routes.

He has won several awards and recognitions in the sector, among which were AFRAA Award Winner for ‘Outstanding Services to the African Aviation Industry,’ presented with a Plaque by the US National Transportation Safety Board (NTSB) for ‘Outstanding Contribution and Service to Aviation Safety,’ Aviation Round Table (ART), Nigeria, Award Winner for ‘Invaluable Support and Contribution to the upliftment of Aviation Safety in Africa, particularly in Nigeria,’ among others.

Be the first to comment on "Panel Discussion: Air Peace CEO To Set Tone At 2019 LAAC Conference"