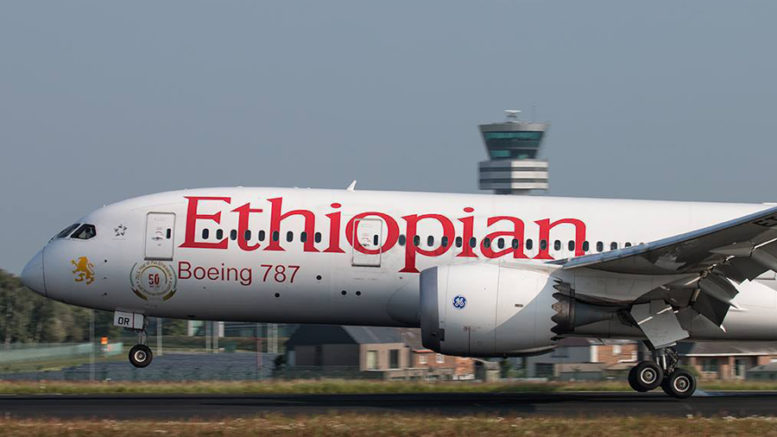 Ethiopian Airlines has described as incorrect and misleading the ‘news’ alleging that  passengers transiting Ethiopia with foreign currencies in excess of $3 000 would not only have their money seized but that further legal action would be taken against them if they do not inform Ethiopian Customs and Revenue Authority (ECRA) in advance.

A statement signed by the General Manger, Ethiopian Airlines in Nigeria, Firihiewot Mekonnea alleged that some media outfits in Nigeria  are circulating incorrect information regarding alleged seizure of foreign  currency by ECRA personnel  at Addis Ababa  International  Airport.

She cited a report posted on  the  website  of  a well known television station  based in Lagos and other Nigerian cities, under the headline ‘Ethiopia Steps Up Seizure Of Foreign Currency From Passengers’.

“This is an incorrect and misleading statement that needs correction. Any passenger transiting Addisa Ababa without leaving the airport is free to board his/her next flight carrying whatever amount of foreign currencies from the previous flight,” the statement reads in part.

The statement, however, stated that if  passengers  enter  Ethiopia  carrying  money  in  excess  of  $3000, they  are  required to  declare the  money they  carry to  ECRA personnel  as they exit the airport and take declaration form for smooth check-in for their next flight.

It added that this procedure is not unique to Ethiopia and that is practiced by in many countries.

“We inform our passengers by making repeated announcements  on  all  of  our  flights  and  the  Customs  authority  also  displays  the procedures on notice boards at Addis Ababa International Airport. In fact, travelling to Ethiopian has been made easier, more convenient and simple with Visa on arrival and electronic visa,” the statement said.

The airline stated that while it is pleased  to  inform its  dear  customers  on  the  correct  procedures  and  practices  to transit through Ethiopia or visit the country, it however tasked media houses to refrain from misinforming the travelling public.