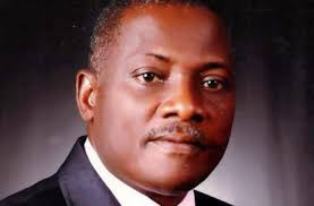 The scheduled arraignment of the Chairman/Chief Executive Officer of Innoson Nigeria Limited, Mr Innocent Chukwuma and three others before Justice Ayokunle Faji of the Federal High Court, Lagos, could not go on again today, as the defendants again refused to show up, despite warrant of arrest issued against.

Others affected by the court order who also failed to shoe up in court today are: Charles Chukwu, and Anajekwu Sunny

Inspector-General of Police has slammed a four count-charge of conspiracy, forgery and fraud to the tune of N2.4 billion against Innocent and others of in the charge marked FHC/L/565c/2015 and filed by the prosecutor, Mr. Julius Ajakaiye, a Deputy Director in the Federal Ministry of Justice.

However, due to their persistent refusal to come to the court for the purpose of taking their plea, the court presided over by Justice Ayokunle Faji on June 24, granted prosecution’s application to issue warrant of arrest against the d defendants to be produced in court for their arraignment and the trial was adjourned till today.

When the trial came up today, the prosecutor Chief Bolaji Ayorinde (SAN) leading other counsel informed Justice Faji that on Monday, June 24, the court ordered warrant of arrest to be issued and served on first defendant,  Innocent Chukwuma, second defendant, Innoson Motors Nigeria Limited, and the third defendant, Charles Chukwu, and Anajekwu Sunny to compel their appearance in the court.

Chief Ayotunde said the prosecution have just been able to obtain the original copy of the warrant and intend to execute same on the named defendants.

The prosecutor however, said he was gratified that the defendants are represented by senior counsel, Chief Ayotunde said to aid and accelerate the course of justice adding that he wonder if the defense counsel led by a Senior Advocate of Nigeria, SAN, Chief George Uwechue will be willing to assist in locating the defendants who are his clients so that the warrant can be executed.

The defendants’ counsel , Chief George Uwechue in his response told the court that consequent upon the ruling of the court on June 24, the first, second and fifth defendants had each filed and Appeal against the ruling,and also filed a motion on notice dated June 25,2019 for an order staying the execution of the warrant or in the alternative dismissing the warrant for it was given out of jurisdiction.

Chief Uwechue said the defence is yet to serve the other parties.

Uwechue further informed the court that the second motion which was also dated June 26, 2019 is also seeking for a relief striking out the proceedings of the court on 24th of June for lack of jurisdiction.

Chief Ayorinde in his response to Uwechue’s submission said the first question to be asked is where are the defendants. ” Do they want them to come hear or be smoked out which may not be necessary”.

He said that the defendants can filed any motion in this world as many as they like , but that under section 306 of the Administration of Criminal Justice Act (ACJA) no court in the land can stop any court from proceeding with criminal matters before the court, adding that ,that is the law of now.

“My learned friends are here and should explain the whereabout of their clients. My Lord I urged tge court to give us a short adjournment for the arraignment of the defendants”.

Ayotunde said that for the defendants to be asking the court to hear their motions , they should first be brought to court, anything short of that is making mockery of the judicial system which must not be tolerated.

However, Justice Faji while reacting to the submission of the parties particularly Chief Ayorinde ‘s submission for a date to arraign the defendants, said it would be proper to heat the defendants’ motions since they are challenging the proceedings of June 24 and also seeking to set aside the warrant for lack of Jurisdiction.

The prosecution in a four-count amended criminal charge marked FHC/L/565C/2015, alleged that Mr. Innocent and others have between January 2010, and April 2011, at Apapa Wharf criminally conspired amongst themselves to wit, falsification of shipping documents which they deposited with Mitsui Osk Lines Lagos which was used as collateral for the purpose of clearance of raw materials polyinlchloride (PVC) for the production of roof ceiling and other imported items.

They were also alleged to have without lawful authority and with intent to defraud, utter the shipping clearance documents to the shipping Line Mitsui Osk Lines which was used as collateral for the purpose of obtaining a loan of N2.4 billion from Guaranty Trust bank Plc for the purpose of clearing raw materials Polyvinylchloride for the production of roof ceiling and other imported items

The prosecution also accused the defendants of falsely and fraudulently represented as genuine, the uttered shipping documents and presented same to Guaranty Trust bank Plc to obtain a loan of N2.4 billion.

The offences according to the prosecution are contrary to and punishable under sections 3(6),1(2)(C) of the miscellaneous offences Act Cap. M 17 Laws of the Federation, 2004.

Be the first to comment on "Arrest Warrant: Innoson Boss, Innocent Chukwuma, 2 Others Absence In Court Again"