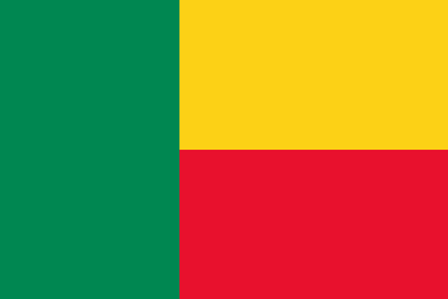 * Flag of Republic of Benin

A Federal High Court, Lagos, has convicted and sentenced eight Republic of Benin nationals to four years imprisonment each over oil bunkering.

The court presided over by Justice Mojisola Olatoregun sentenced the convicts following a plea bargain arrangement struck with the Office of the Attorney General of the Federation (AGF), the plea bargain agreement dated June 6, 2019 and the consequent change of plea from not guilty to guilty.

Following the plea bargain arrangement, the trial judge sentenced the convicts to four years each on each of the two counts charge. She also held that the sentence should run concurrently.

Justice Olatoregun also ordered that the boat outboard motor engines seized from the convicts should be forfeited to the he Federal Government of Nigeria.

In the two counts charge filed by the prosecutor, Mr Adeosun Adedayo from the office of the Attorney General of the Federation (AGF), Podahude Ferdinand, Denie Atika, Awhansuha Rapheal, Hunpatin Friday, Kouhonou Banana, Kouhonou Kokou, Ahonsu Meda and Agbofia Jeremy, were alleged to have on the 12th of July, 2014 at about 040hours on the sea within Nigeria territorial waters close to Gberefu village, Badagry, Lagos State, within the jurisdiction of the Federal High Court , Ikoyi judicial division, did conspired with others now at large, to commit felony to wit: dealing in, being in possession of Petroleum products (DPK and PMS) without lawful authority or appropriate licence thereby committed an contrary to section 3 (6) of the miscellaneous Offences  Act, Cap M17 , Laws of the Federation of Nigeria, 2004 and punishable under Section 1( 17) of the Miscellaneous Offences Act, Laws of the Federation if Nigeria 2004.

Be the first to comment on "Oil Bunkering: Court Sentences 8 Beninous To 4 Years Imprisonment Each"