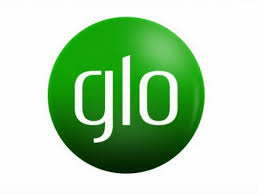 The Nigerian Civil Aviation Authority (NCAA) has stated that it would commence demolition of telecommunication masts of Globacom Nigeria Limited, UBA, Access Banks and others in different locations within Nigeria with immediate effect.

This was disclosed in an online statement statement issued by the General Public Relations, Mr. Sam Adurogboye and made available to aviation journalists.

NCAA listed the telecommunication operators, who have not regularised their masts to include: Globacom Nigeria 7,012, United Bank of Africa 439 , Guaranty Trust Bank 295, Unity Bank 217 and Sterling Bank 159 masts.

NCAA stated that a total of 8,805 masts belonging to the aforementioned organisations would be decommissioned forthwith The regulatory body stated that this demolition exercise would similarly affect some banks and financial institutions who have discountenanced the authority’s regulatory requirements on the clearance to erect any high structure within the navigable airspace in Nigeria.

NCAA said that the it was left with no choice as the 30 – day ultimatum given to those telecommunication service providers has expired, adding that prior to the expiration of the ultimatum, letters of reminder were written to all affected organisations to obtain Aviation Height Clearance (AHC) for their masts.

Recalled that NCAA had earlier warned all Global System for Mobile Communications (GSM) providers and telecomm operators against violation of safety regulations and that as a result 30-day ultimatum was therefore handed down for compliance.

This, he said is derived from the Nigeria Civil Aviation Regulations (NigCARS) Part 12.1.7.1.3.1, which stipulates that No person or organisation shall put up a structure (permanent or temporary) within the navigable airspace of Nigeria unless such a person or organisation is a holder of Aviation Height Clearance Certificate granted under this regulation. In line with this, the regulatory authority requires an Aviation Height Clearance (AHC) approval for every tower installation in the country irrespective of the height and location.

The statement noted that under the Civil Aviation Act. 2006, section 30(3) (1), the NCAA is empowered to prohibit and regulate the installation of any structure which by virtue of its height or position is considered to endanger the safety of air navigation.

It added that while some of the providers and operators have since commenced regularisation of their masts, others have failed to do same.

NCAA reiterated that it would continue to apply requisite sanctions for violation of extant regulations, especially, where the resolve of the authority is tested.

Be the first to comment on "NCAA Begins Demolition Of Globacom, UBA, Access Banks, Others Masts Nationwide"