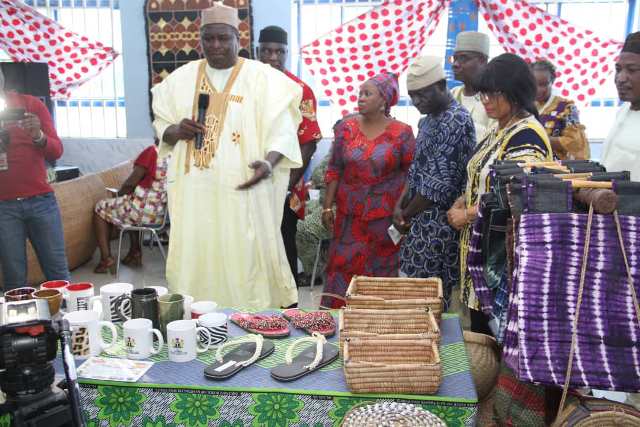 …Says He Is Not Cultural Ambassador

…Advises Youth Not Emulate Him

The Director-General of the National Council for Arts and Culture (NACA) has lambasted the controversial Nigerian Internet personality and cross dresser, Okuneye Idris Olarenwaju popularly known as Bobrisky for misrepresenting Nigeria’s Cultural values.

Otunba Segun Runsewe insisted that Bobrisky, whose contentious gender and amorously weird dress sense totally negates the true Nigerian culture, which according to him is respected and admired all over the world.

Runsewe, who was speaking at an event to mark the World Handcrafts Day at the NCAC headquarters in Abuja observed with dismay the bastardisation of Nigeria’s noble culture and values by attention-seeking characters such as Bobrisky, who he described as a very bad example that the youths should not emulate.

The NCAC boss lamented especially the use of social media by Bobrisky and his ilk to continually send very bad signals to the world in what he called a totally false representation of our identity noting that this must be put in check.

He enjoined Nigerian youths to remain good cultural ambassadors of the country, stressing that the global community respects only those who are able to sustain their unique cultural identities.

Speaking further, Runsewe said celebrating an event like the World Handcraft Day is timely because according to him, youth restiveness, kidnapping and other social menace in the land can be addressed through handcraft development if given prompt attention.

The World Handcrafts Day is celebrated every 10th of June, started in 1964 as a way of reawakening the consciousness of people towards the development of handcrafts in the world.

The World Handcrafts Council was established by the United Nations Educational, Scientific and Cultural Organization (UNESCO) and 90 countries, including Nigeria have already joined it.