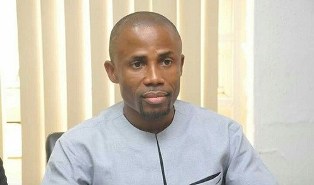 The management and staff of Air Peace Ltd have announced the Death of its Corporate Communications Manager, Mr Christian Iwarah.

A statement by the management informed that Iwarah died in an auto crash which occurred on Friday, June 7, 2019.

The management, who said that Iwarah’s  death was not only sudden but that it was also  shocking, added that  he was knocked down by a negligent bus driver along the Lagos/Abeokuta expressway.

Iwarah, a lawyer and journalist, joined Air Peace in 2016.

He was an intelligent, courageous and dedicated staff, who contributed immensely to the development of the Company.

He is survived by his aged parents, wife, son and other relatives.

“Our thoughts are with the family at this difficult time. We pray that God gives them the strength to bear this colossal loss. He will be sorely missed,” the management said.

Be the first to comment on "Chris Iwarah, Air Peace Spokesman Dies In Auto Crash"