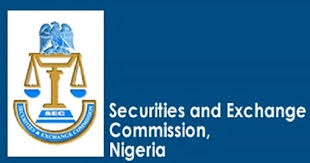 The Securities and Exchange Commission (SEC) has indicated its interest to quash the court order restraining the Commission from sacking Oando Plc board and management.

SEC had given Oando Board and its management directives to resign.

The decision to quash the court order was contained in a release by the commission on Sunday.

It added that, “Failure or refusal of the Commission to act in the face of the serious issues thrown up by the investigations or to reverse its directives, would undermine the Federal Government’s agenda to build strong institutions and promote the transparency and integrity of the Nigerian capital market, especially given that, these are preconditions for attracting foreign investors to the Nigerian capital market.

Recalled early last week Oando approached the court to restrain SEC and its agents, employees, and privies from taking any step concerning or acting on its decision contained in its letter of May 31 pending the determination of the motion for interlocutory injunction.

Oando’s prayers was granted by a Federal High Court in Ikoyi, Lagos and restrained SEC from taking any step concerning or acting on its decision contained in its letter of May 31, 2019 imposing a fine of N91,125,000.00 on Mr. Adewale Tinubu and barring him and Mr. Omamofe Boyo from being directors of public companies for a period of 5 years pending the determination of the substantive suit

Justice Mojisola Olatoregun granted the order following an ex-parte application accompanied with an affidavit of urgency filed before the court by Dr. Olisa Agbakoba SAN, alongside two other Senior Advocates of Nigeria, Messers Tayo Oyetibo and Oluyede Delano.

The restraining order stopped SEC from appointing an interim management for Oando.

Be the first to comment on "SEC To Quash Court Order Restraining It From Sacking Oando Board, Management"