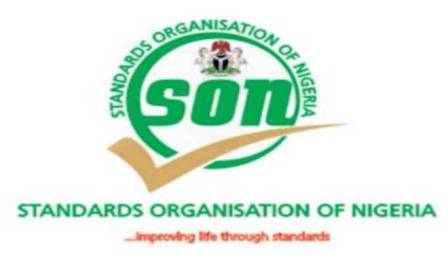 The Standards Organisation of Nigeria (SON) has clarified its position on the allegations which led to the picketing of its corporate headquarters in Abuja by the Amalgamated Union of Public Corporations, Civil Service Technical and Recreational Services Employees (AUPCTRE).

Addressing journalists during the picketing, SON Head, Public Relations, Bola Fashina disclosed that it was the Union rather than SON that was disrespecting the directive from the Federal Ministry of Labour and Employment, which clarified the jurisdictional scope of the two unions in SON.

He stated that the Ministry clarified that AUPCTRE was to unionise the junior staff while the Senior Staff Association of Statutory Corporations and Government Owned Companies (SSASCGOC) does the same for senior staff.

The SON spokesman alluded to the payment of 20 per cent of staff total emoluments as part of the Conditions of Service (CoS) since 2017 in addition to other welfare packages like group life insurance and provision of consumables during festivities among others.

Fashina stated that the management found it necessary to inform the staff of the clarification from the Federal Ministry of Labour and Employment for proper guidance on the exercise of their rights of association.

According to him, “Arrears of salaries owed staff employed in 2016 was 11 months which now remains only two months to be paid. It has been appropriated in the 2019 budget and will soon be paid by the Federal Government through the Integrated Personnel Payroll Information System (IPPIS) as stated recently by Accountant General of the Federation”.

On contract awards for general sensitisation, he stated that the programmes followed an identified gap in the organisation’s reach out to stakeholders, stressing that they are appropriated; the awards follow the requirements of the procurement act.

Fashina added that they are also complementary to the regular activities of the SON state offices in educating sectoral stakeholders.

The SON image maker stated that issues of secondment of officers between government organisations are provided for in the Public Service Rules, emphasising that the organisation is within extant provisions.

Speaking on the purported promotion of staff within months of employment,  he explained that graduates of between 15 to 20 years wrongly employed on CONRAISS 7 and 8 were advanced based on their qualifications and requisite experiences.

He stressed that due process was followed with the concurrence of the Hon. Minister of Industry, Trade and Investment secured in the absence of the SON Governing Council in place then.

On the way forward, Fashina stated that management had extended its hand of fellowship to the AUPCTRE to dialogue towards arriving at a consensus.

This, he said includes invitation to union representatives to take their place in a committee set up to harmonise the two versions of existing CoS from 2012 and 2016.

The FCT branch of AUPCTRE, led by Comrades Aliyu Maradun, Chairman and Sikiru Waheed, Secretary mobilised its members to disrupt activities at the SON Headquarters, Abuja.

Addressing journalists, the Labour leaders accused the SON management of disrespecting a directive from the Federal Ministry of Labour and Employment on voluntarism, cohesion and harassment of their members in SON.

Other issues raised include:

* Request for immediate approval of CoS

* Promotion of some staff from CONRAISS 8 to 10, 7 to 11 within months of their resumption

Be the first to comment on "AUPCTRE Picketing: SON Clarifies Position"