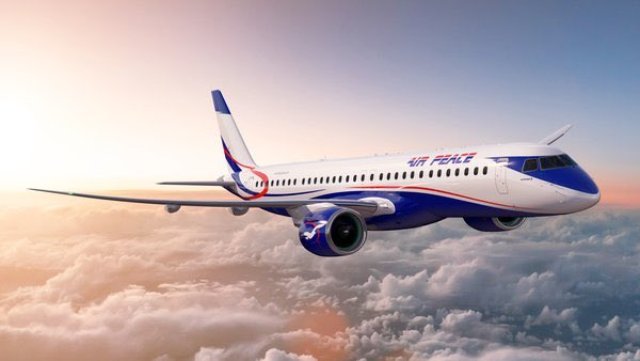 The Accident Investigation Bureau (AIB) has warned Air Peace and other airlines over the persistent failure to report accidents or serious incidents to the Bureau as mandated by Law.

The is contained in the an online statement issued by the General Manager, Public Affairs, Mr Tunji Oketuni and made available to aviation correspondents today.

The warning is coming on the heels of the of the serious incident involving Air Peace aircraft B737-300series with registration number 5N-buk May 15,2019.

The Bureau in the statement stated that on June 5, 2019, it received notification about a serious incident involving a Boeing 737-300 aircraft with Registration Marks 5N-BUK, belonging to Air Peace Limited from a passenger onboard, adding that it was reported that the said incident occurred on Wednesday, May 15, 2019, while the aircraft was on approach to Murtala Muhammed International Airport, Lagos from Port Harcourt.

According to AIB, the aircraft was said to have experienced a hard landing as it touched down on the runway (18R), adding that upon receipt of the notification, the Bureau visited Air Peace Limited office and confirmed the said occurrence.

AIB stated that it further conducted a damage assessment on the aircraft, which revealed that the aircraft made contact on the runway with the starboard engine cowling as obvious from various scrapes, scratches and dents, an evidence of tyre scouring on the sidewalls of the No. 4 tyre as well as bottoming of the main landing gear oleo struts and that there was also visible damage to the right-hand engine compressor blades.

The agency added that the aircraft has since been on ground, awaiting implementation of the hard landing inspections recommended by the aircraft manufacturer; the Boeing Company and that this includes an inspection of the right-hand engine pylons and the wing root, due to the heavy impact concerns.

AIB stated that further discussions with the Maintenance Personnel of Air Peace Limited revealed that CFM International, the engine manufacturer, has also been contacted with regard to necessary inspections, to ascertain the serviceability of the starboard engine.

“Of utmost concern is the fact that till date, the Accident Investigation Bureau has received no notification of the incident: three (3) weeks after the date of occurrence, contrary to ICAO Annex 13 which guides the operations of aircraft accident investigation procedures. Rather, the Bureau further to the occurrence, received a submission of a ‘Mandatory Occurrence Report’(MOR) subsequently filed at NCAA, on 7th June 2019, which filing was as a direct result of the Bureau’s visit to Air Peace office on the 6th day of June 2019,” AIB said.

To buttress its point, AIB defined an MOR is a “Mandatory Occurrence Report that an Operator files after an occurrence to NCAA and not a Notification to the Bureau as required by its Regulations.

Similarly, and in recent times, an aircraft belonging to Air Peace Limited was also involved in a serious incident and the airline willfully failed to comply with the provisions of the Bureau’s Regulations which provides that”.

“Subject to paragraph (2) below and regulation 14 where an accident or a serious incident which results in the withdrawal from service of an aircraft occurs in or over Nigeria, no person, other than an authorised person, shall have access to the aircraft involved and neither the aircraft nor its contents shall, except under the authority of the Commissioner, be removed or otherwise interfered with. Where it is necessary to move aircraft wreckage, mail or cargo, sketches, descriptive notes, and photographs shall be made if possible, of the original positions and condition of the wreckage and any significant impact marks,” the Bureau said.

Providing further instances, the Bureau stated that ,precisely, on December 14, 2018, a Boeing 737-300 belonging to Air Peace airline, with registration marks 5N-BUO, enroute Akanu Ibiam International Airport, Enugu from Lagos was involved in a serious incident at about 10:44hrs, adding that the information only got to the Bureau through the social media.

It added that while the Bureau was not notified of the occurrence until later in the evening, AIB investigators met the aircraft at the General Aviation Terminal (GAT) apron in Lagos, where it was parked with the Cockpit Voice Recorder (CVR) affected, thereby posing an undesirable difficulty in the Bureau’s bid to successfully discharge its statutory mandate of investigating accidents and serious incidents.

AIB explained that a careful investigation of the incident, revealed that the aircraft was relocated from Enugu where the incident occurred, back to Lagos: and all relevant information on the CVR was over written, thereby making it impossible for the Bureau to retrieve the actual data.

According to AIB, “The Accountable Manager and Chief Pilot of Air Peace Limited at the material time, were duly warned by the Bureau for non-compliance with the Regulations.”

The Bureau stated that based on all the foregoing, it was obvious that Air Peace management lacks the full understanding of the statutory mandates, functions and procedures of the Bureau.

“It is noteworthy that Air Accidents and Serious Incidents investigations are carried out in accordance with the relevant Laws and Regulations in force, in the interest of safety and with the aim of forestalling similar occurrences in the future.

“Section 29 of the Civil Aviation Act 2006, which is the Act establishing the Bureau, confers the prerogative to determine the classification of an accident or serious incidents on the Accident Investigation Bureau, Nigeria. All Airlines are therefore enjoined to report these occurrences at all times. The relevant statutory and regulatory provisions are reproduced here under for ease of reference:

Subsection 29 (11) (a), AIB said further provides; “‘… Without prejudice to the generality of subsection (10) of this section, the regulations made there under may in particular contain provisions:

Furthermore, Section 10 of the Civil Aviation (Investigation of Air Accidents and Incidents) Regulations 2016 provides for Notification to the Bureau and Duty to furnish information relating to accidents or incidents as follows:

AIB said that Section 10 (2) (a) also provides that the expression ‘Relevant Person’ means “in the case of an accident or serious incident occurring in or over Nigeria or occurring elsewhere, to an aircraft registered in Nigeria, the Pilot-in-Command of the aircraft involved at the time of the accident or serious incident or, if he or she is fatally injured or incapacitated, the quality assurance,/safety personnel, Owner or Operator of the aircraft…

“It is also worthy of note that the Flight Data Recorder (FDR) and Cockpit Voice Recorder (CVR) data are very crucial, as the data accessed from them provides relevant evidence which sustains the weight of air safety investigation,” AIB said.

AIB reiterated that air accidents or serious incidents investigation is not for the purpose of apportioning blame or liability rather it is to uncover the causes of occurrence and to propose safety recommendations.

It added that the responsibilities for reporting, collection and exchange of safety data and investigating of safety occurrences are established by ICAO annex 13 and amplified in the AIB Regulations. The Bureau will do anything within its mandate and the confines of Law to investigate accidents and serious incidents and promptly issue safety recommendations to prevent reoccurrences.

All aviation service providers, AIB said have a legal responsibility to report to the Accident investigation Bureau on all accidents and or serious incidents of which they become aware, adding that pilots, airline operators and the general public enjoined to do, in compliance with the Laws and Regulations as it relates to accidents and serious incidents investigation.

The Bureau posited that the safety of the flying public is of primary importance and on the scale of significance, supersedes the commercial consideration of any airline.

In a swift reaction, the Chairman of Air Peace, Allen Onyema stated that when the incident occurred the airline reported to the regulatory agency; NCAA and also wrote to Boeing and the manufacturer of the aircraft’s engine, CPM International.

“We always report any incident to NCAA and sometimes you may not know what to report to AIB because the NCAA is the regulatory authority and the Bureau is in charge of accident investigation. So when incident like hard landing happens and you inform NCAA, we feel we have followed the procedure. Boeing has written back to us and has told us what to do, according to the procedure, currently inspection is being carried out on the aircraft.”

Be the first to comment on "AIB Warns Air Peace, Others Over Failure To Report Accident, Serious Incidents"