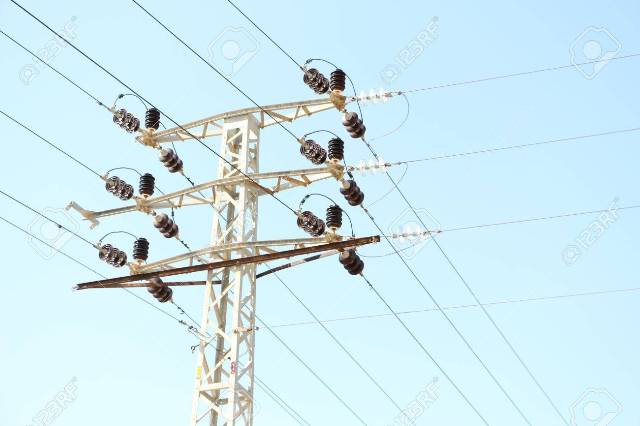 Residents of Gladys Kalesanwo Street at Agura-/Gberigbe, Ikorodu, area of Lagos have protested the planned installation of high tension cables on the street by the Ewu-Agbo Community Development Association within the same area.

The residents protested the installation in a petition obtained by AbelNews with the title, ‘Save Our Soul on Dangerous Erection of High Tension Cables,’ dated May 27, 2019 and signed by Mr. Fatai Adebayo and Mr. Michael Obiorah, Chairman and General Secretary respectively.

In the petition, the residents accused the Ewu-Agbo Community of attempting to put their lives of people on Gladys Kalesanwo Street at Agura-/Gberigbe in danger by insisting on mounting the high tension cables on the street despite the fact that the planned installation  violates the  law.

The petition, which was sent to the Managing Director of IKDC, Alausa, ikeja was received by the front desk office of the company on May 28, 2019.

The residents insisted that the approval was illegal as the street the officials of the distribution company in conjunction with the Ewu-Agbo Community wanted to mount the high tension cables is less than 30ft wide, as against 60ft approved by the law.

The petitioners decried that structures were already built on the available lands before the coming on of the high tension cables and advised the Ewu-Agbo Community to make use of the alternative roads, which they claimed were wide enough to accommodate such a project.

According to the petitioners, the alternative roads are Iyana-Odo Road, Igbota Road, CPI Road and several other options.

“But, investigation by the members of the street indicated that the purported approval could not have been given for such a gigantic project based on the diameter of the street in question and inherent danger to the inhabitant of the street,” the petition reads in part.

According to the residents, the Ewu-Agbo Community claimed to have duly received an approval for the project, but wondered why the approval was still hidden away from the people on Gladys Kalesanwo Street despite their request to get a copy of the approval.

“Our street is less than 30 feet wide with structures already built on the land, which makes it inappropriate and dangerous for such a project. Besides, we the members of the community are not comfortable with the erection of any high tension cables on our street by the Ewu-Agbo residents, especially as it has to do with the safety of lives the residents of our community.

“Apart from the fact that the poles are obstructing vehicular movement on the road, we all know how injuries high tension cables can be to the residents, especially when houses were already fully built in such areas before the coming on of the proposed project.”

The petitioners also claimed that they had hitherto written an official letter to the Ijede and Ebute offices of IKDC, all within Ikorodu area, but without favourable response, rather, the officials sent to inspect the areas, claimed that the installation of high tension cables in a densely populated area was not injurious to human beings living within the vicinity.

The residents appealed to the Managing Director of IKDC to use his good offices to intervene on the matter, stressing that their lives would be endangered by the “illegal” installation of the cables.

Besides, an undated letter jointly signed by the Chairman and Secretary of Ewu-Agbo Community (without the names of the signatories), accused the residents of Gladys Kalesanwo as hindering their developmental project.