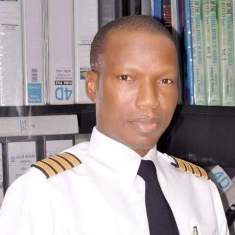 The Managing Director of the Federal Airports Authority of Nigeria (FAAN), Capt. Rabiu Yadudu has stated that all international airports in the country have an Emergency Operation Centre (EOC).

This is just as he also said that EOC is not only one of the primary requirements to build an airport but it is part of criteria to deal with crisis situations when they arise.

He stated this at the weekend in an interview with aviation correspondents at FAAN headquarters at the Murtala Muhammed Airport (MMA), Lagos.

Kaduna Airport, Yadudu said was added to the growing number of emergency centres in the country because of its international status, adding that it was key for airports to have an EOC that could be activated in times of emergencies.

EOC, he said must be located where there is easy access .

According to him, “So far, it’s only international airports that have EOCs, but it is what we should have in every airport. Kaduna airport didn’t have before now, may be because it wasn’t an international airport, but all the airports should have it. The essence is to cater for emergencies like air crash, terminals and any form of emergencies that may arise where you have casualties. You need to have a place to coordinate emergencies where you can seat down quickly and direct resolutions of the emergencies.”

Continuing, the FAAN boss said, “That’s why it is not usually inside the terminal or airside, but where you can have accessibility to the runway, airside and the terminal; you can see what’s happening, but it’s a bit remote from the terminal building. Whatever that is happening in the terminal, you can easily go there.

“All the airports have aerodrome emergency plan. When you have an emergency, you quickly activate it and call the people that are in charge of such emergency like the fire service, airport manager and others. All these things are spelt out with their leaders. Once normalcy is restored, you close the centre. All airports are supposed to have it with competent personnel.”

Recalled that the EOC at the Kaduna International Airport was commissioned by the authority about two weeks ago.

At the inauguration the FAAN boss had described the purpose then, “As a structure we need to make Kaduna a viable alternative to Abuja because where ever you have an airport you must be prepared for an emergency just like we did in Abuja Airport.”

Be the first to comment on "International Airports In Nigeria Have EOC—Yadudu, FAAN Boss"