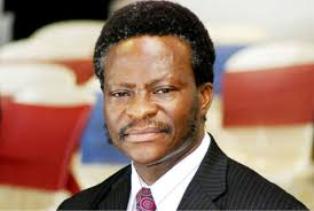 Former Director-General of the Nigerian Civil Aviation Authority (NCAA), Dr Harold Demuren has been selected as the Lead Speaker at the forthcoming Conference and Awards of the League of Airport and Aviation Correspondents (LAAC) scheduled for Wednesday, July 17,2019  at Raddison Blu Hotel, Ikeja,Lagos.

Speaking recently with the Conference and Award Committee at LAAC Secretariat at the Murtala Muhammed Airport (MMA), Lagos, Demuren commended the league for the impact it has made on the industry over the years through its annual conferences and seminars.

According to him, “I can never forget LAAC, for the role you have been playing putting us, stakeholders on our toes to do the right thing that will help the industry.”

An online statement by LAAC, stated that Demuren would share his wealth of experience after years in both public and private sectors of the aviation industry, as he speaks on the conference theme: ‘Boosting Aviation Investment Through Policy.’

Besides Demuren, other Chief Executive Officers (CEOs) in the aviation agencies will also be part of the panel of discussants, where issues relating to the industry will be discussed.

Demuren, an aeronautical engineer has over four decades of experience in the aviation industry.

As Director General of NCAA, he was significantly instrumental to reforms in the Nigerian aviation sector, attaining United States (US) Federal Aviation Administration (FAA) Category One Certification for airports and introducing safety reforms to enhance professionalism and transparency in both operations and aviation business in the country.

The Chief Executive Officer, Med-View Airline, Alhaji Muneer Bankole, is the Chairman of the occasion, while major stakeholders especially in the airline sub-sector will also play key roles.

At least, 250 participants from airlines, government agencies, ground handling companies, financial sector, aviation support service and other major stakeholders within and outside the country are expected at the 2019 edition of the conference.

Key stakeholders made up of individuals and corporate organisations who had distinguished themselves in the industry would also be honoured with various awards at the event.

The Minister of State for Aviation, Senator Hadi Sirika will be the Special Guest of Honour, while Chief Executive Officers of aviation agencies in the country as well as private service providers would equally play major roles.