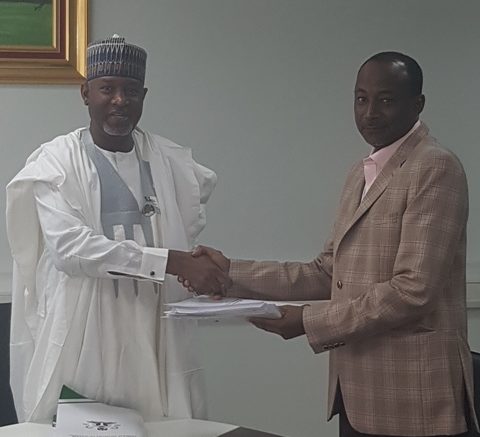 Former Minister of State, Aviation Senator Hadi Sirika today handed over the mantle of leadership to the Permanent Secretary of the Ministry of Transportation, Alhaji Sabiu Zakari,

The hand over is coming as the nation awaits the inauguration of President Muhammadu Buhari for a second term tomorrow.

Speaking at the event, Senator Sirika attributed his modest achievements during his period of stewardship to the cooperation of the management team and members of staff of the Ministry and its agencies, and called on them to extend same to whoever becomes the next Minister.

He also appreciated the contributions of the members of the Fourth estate of the realm for their constructive contributions to the growth of the Aviation industry and described them as worthy stakeholders in the sector.