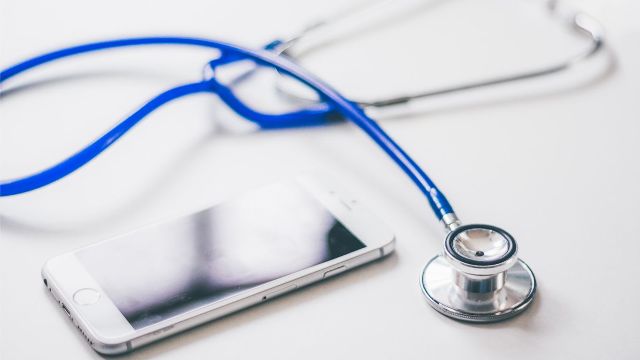 When the case came up for arraignment today , the prosecutor  Babatunde Sunmonu told Justice Adedayo Akintoye that he has a three count charge against the accused persons and prayed the court that the charge be read to the accuse persons so that they can take their plea.

Consequently, the trial judge granted his prayer and the charge was read to the defendants who both pleaded not guilty to the charge.

Following their not guilty plea , the prosecutor Babatunde Sunmonu asked the court for a trial date and that the defendants be remanded in prison custody pending their trial.

However, counsel to the defendant, Mr KC Okho told the court that he has a bail application which had been served on the prosecutor he appealed to the court to allow him move same .

After arguments on the bail application and the prosecution’s objection to it, Justice Akintoye granted bail to the two accused persons in the sum of N500,000 with two sureties

The judge further ruled that the sureties must be persons that are gainfully employed with evidence of three years tax payment to the Lagos State Government.

Justice Akintoye also held that the residential as well as the office addresses of the sureties must be verified by the court Deputy Registrar Admin and approval given by same.

While releasing the defendants to their lawyer, Justice Akintoye gave them up till Monday, June 3 to perfect their bail conditions else they would be remanded in prison custody.

Meanwhile, Justice Akintoye has adjourned the matter till Monday, 3 June for further direction.

In the three counts criminal charge filed by the state counsel, Babatunde Sunmonu before Justice A.A Akintoye, Dr Orji and his wife were alleged to have on or about the 26th day of July, 2018 at Excel Medical Centre , Plot 458, Corporate Drive , Dolphin Estate, Ikoyi, Lagos caused one Somtochukwu Ezi-Ashi (male) grievous harm by fixing a plaster of Paris cast too tightly on his leg.

The accused Medical director and his wife were also alleged to have at the same time and place within the Lagos judicial division, not being an orthopaedic specialists recklesly administered orthopaedic medical treatment to Somtochukwu Ezi-Ashi. The offence committed is said to be contrary to section 251 (1) (c) of the criminal code ch. C17 Volume 3 Laws of Lagos State , 2015.

Count three of the charge alleged that the defendant at their medical centre were negligent in administering treatment on Somtochukwu Ezi-Ashi , thereby causing him harm to his leg.

It would be recalled that Doctor, Ejike Orji, who allegedly use saw to cut open a Plaster of Paris (PoP) on his patient’s leg, had sometimes in September, 2018 been arraigned before an Igbosere Chief Magistrates’ Court. Lagos.

The medical director was alleged to have wounded Somitochukwu Ezi-Ashi, 16, while using the saw on him.

Before the case was transferred to the high court, the prosecutor at the Magistrate Court,  Amedu Adoga  told the Chief Magistrate that  the defendant  was arrested following a petition by Mr and Mrs. Isioma Ezi-Ashi, who claimed that the defendant did an orthopaedic operation on their son without their consent.

He added that after the operation, the victim complained of discomfort and asked that the PoP be relaxed, but the defendant refused.

This, according to him, resulted in the teenager becoming unconscious and he was subsequently rushed to Reddington Hospital on Victoria Island, where he was immediately taken to the theatre.

At Reddington he said it was discovered that the defendant sawed off the POP and damaged the muscles in the lower part of the boy’s leg, his foot and toes with wide open sores that were at the initial stage of becoming “compartmentalised.”

The Magistrate court was also informed that the boy underwent four major surgeries and following his critical condition, two orthopaedic surgeons from the United States of America (USA) evacuated the dead muscle from the leg.

“It was a major struggle to save the boy’s life,” he said, adding that Ezi-Ashi had been flown to the USA for further medical attention.

But the defendant’s counsel, K.C. Okho, prayed the court to discountenance the allegations, as it was premature for the prosecution to go into the merits of the case.

Be the first to comment on "Lagos Government Arraigns Medical Director, Wife Who Uses Saw To Cut Open PoP On Patience Leg"