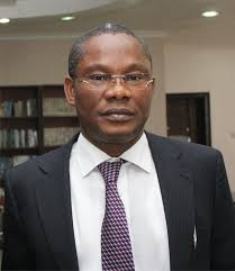 Obi, a lawyer and other convicts were charged before the court by the Economic and Financial Crimes Commission (EFCC) on charges of conspiracy, unlawful conversion and theft of the sum of N331 million belonging to NIMASA.

The offences according to the prosecution are contrary to and punishable under Sections 15 and 18(a) of the Money Laundering Prohibitions (Amendment) Act, 2012

The convicts pleaded not guilty to all the charges when they were first arraigned before the court on April 12, 2016 and were  equally admitted to bail in the sum of N5 million with two sureties each in like sum.

During the trial of the crime against the convicts, EFCC through its lawyer, Rotimi Oyedepo, called eight witnesses as well as tendered several documents which were admitted as exhibits.

Among the witnesses called are three bankers, two Bureau de Change Operators,(BDC) one Ugochukwu Obi, a Senior Assistant to Obi, an official of NIMASA and Orji Chukwuma, an Investigator with the EFCC.

Delivering judgement in the charge today, Justice Olatoregun discharged and acquitted Obi and Adoo of the charges of conspiracy, saying that the prosecution failed in establishing the offence against the duo.

The judge also convicted Obi’s companies of aiding and abetting.

Justice Olatoregun, has however adjourned till May 28, for sentencing of the convicts

Be the first to comment on "Court Convicts Ex-NIMASA ED, Callistus Obi, 3 Others Over N331M Theft"