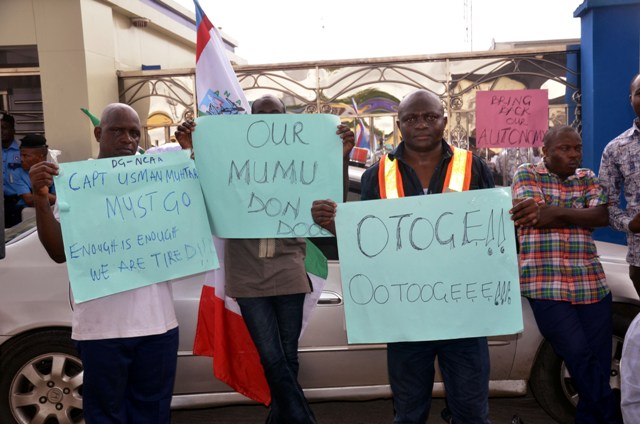 The Nigerian Civil Aviation Authority (NCAA) said that the Minister of State (Aviation) Senator Hadi Sirika has invited the aviation unions to a meeting today to address organogram, approval of the new Condition of Service (COS) and inauguration of NCAA Boards issues raised by the aviation unions.

The unions are demanding a review of the organisation’s organogram, approval of the new Condition of Service (COS) and inauguration of NCAA Boards.

NCAA in the statement explained that the issues raised by the unions are however not within the jurisdiction of the regulatory body’s management.As a result, NCAA stated that it would work with the supervising Ministry to ensure that all issues are properly addressed to the satisfaction of all parties, adding that the authority has absolute confidence that  the meeting between the minister and  the unions would provide amicable resolution. NCAA appealed to aviation stakeholders, who were not able to access services at its offices today to remain calm as normalcy would be restored soon. The unions further pointed out that the ultimatum to review the newly approved organogram was completely ignored by the Ministry, while the NCAA management reacted only with half-hearted measures.

“This means that no single item on the demand list has been ameliorated. Having therefore, exhausted all efforts and patience on the issues and left with no other option, our unions hereby direct all staff of NCAA to commence an indefinite industrial action with effect from 5 a.m. on May 22.

The unions warned that the situation would remain until the issues raided are looked into.

Be the first to comment on "Sirika Intervenes In NCAA, Unions Organogram, CoS Brouhaha"