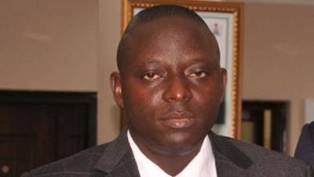 Yahaya who is the ninth witness prosecution Witness called in the trial of Dr. Akpolobokemi, a former Director General of NiMASA and others who are standing trial before Justice Ayotunde Faji on alleged N3.4 billion fraud charge leveled against him by the Economic and Financial Crimes Commission  (EFCC).

The defendants are being accused of converting the sum of N3.4 billion belonging to NIMASA to their personal use.

They have all pleaded not guilty to the offences and admitted to bail in some terms.

At the resumed trial of the defendant today, the witness while being led-in-evidence by the prosecutor, Rotimi Oyedepo, but gave evidence in Hausa language through an interpreter told the court that he changed Naira to Dollars to the agency through the second defendant, Captain Agaba on four occasions between 2014 and 2015.

He also told the court that the meeting point for the exchange of Naira to Dollars between him and Agaba were Eko Hotel in Victoria Island and Protia Hotel, beside Military Hospital, Awolowo road, Ikoyi, all in Lagos State.

When asked by the prosecutor if he gives his company’s letter head paper with any content to Captain Agaba, the witness said: “it was plain letter head papers that I gave to the second defendant”.

When confronted with another exhibit titled ‘letter of award of contract of engagement on intelligence gathering’, he denied knowing anything about the contract, while he also told the court that Kofa Fada Limited never apply for any contract at NIMASA.

The witness also denied asking NIMASA for payment of the sum of N115.8 million and N119.5 million for contract done for the agency, as he told the court that neither him nor Kofa Fada Limited applied to the agency for any contract.

Akpobolokemi and others are standing trial before the court on a 40 count-charge bordering on the offence.

In the charge, the accused were alleged to have committed the offence between December 2013 and July 2015.

They were alleged to have converted over N3. 4 billion belonging to NIMASA, to their personal uses.

Be the first to comment on "N3.4B Fraud: How NIMASA Used My Document To Secure Fake Contracts–BDC Operator"