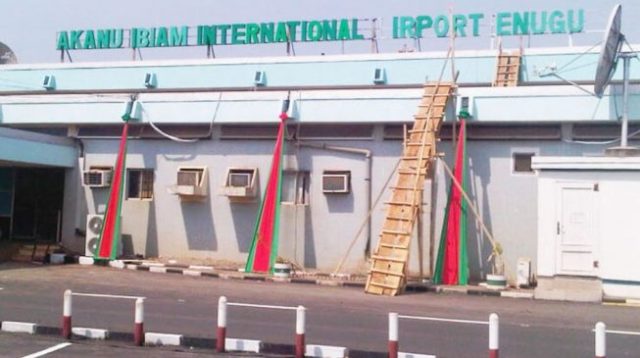 Minister of State, Aviation, Senator Hadi Sirika has acknowledged steps taken by the Enugu State government in a bid to improve safety at the Akanu Ibiam International Airport, Enugu

He added that the Ministry is appreciative that in the name of safety, the Enugu State Executive Council approved the immediate closure of Orie Emene Market (abattoir inclusive) to forestall any tragedy at the Airport.

“We are happy to see that the Enugu state government has seen reason with the Ministry to address safety concerns raised,” the Minister said.

He continued, “We are also happy that the Council also ordered immediate removal of all illegal structures encroaching on the land of the Airport, radio mast of the state broadcasting service, and Free Trade Zone.”

Sirika however stated that the Ministry would be extremely comfortable if compliance with the above directives from the state government were carried out as soon as possible to give the necessary allowance to carry out repairs as well as expansion and extension of the runway.

All these, he stated would better the lot of the Enugu Airport and improve safety a hundred fold.

Recalled that the Commissioner for Information, Mr Ogbuagu Anikwe, had yesterday in Enugu said that the state government has directed officials of Enugu East Local Government Council to look for a suitable site for the relocation of Orie Emene Market.

The directive according to him followed concerns by the Federal Airport Authority of Nigeria (FAAN) and threat to downgrade the airport.

The commissioner said that the state government also ordered the immediate removal of illegal structures that were springing up on the land of the airport, adding that the steps taken so far was to ensure the safety of air travellers and people residing around the airport.

Be the first to comment on "Safety At Enugu Airport: Sirika Acknowledges Steps By State Government"