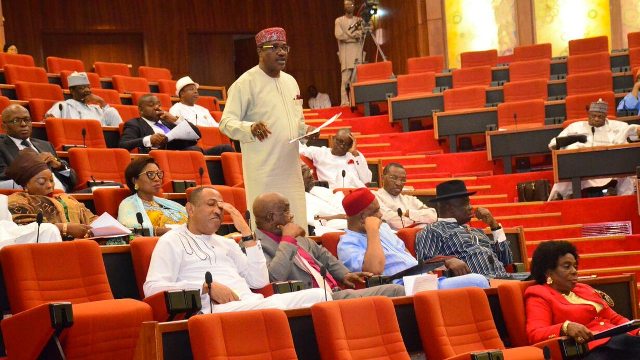 The Senate today endorsed June 12 as Democracy Day in the country.

The upper chamber unanimously concurred with the House of Representatives on the passage of a bill seeking to legalise June 12 of every year as Democracy Day in Nigeria.

If the bill is assented to by President Muhammadu Buhari, May 29 celebrated as Democracy Day since 2000 will cease to be so marked.

President Muhammadu Buhari, in June 2018, as a way to immortalise late Chief M.K.O Abiola, the acclaimed winner of the June 12, 1993 Presidential election, declared June 12 as the new Democracy Day.

To give the Presidential declaration necessary legal backing, Hon Edward Pwajok (APC Plateau) and Hon. Kayode Oladele (APC Lagos), sponsored a bill to that effect in the House of Representatives last year.

The bill passed third reading in the House in March this year.

The Nation reports that the bill passed by the House in March, sought for an Act to amend the Public Holidays Act to declare June 12 as Democracy Day in Nigeria in view of current realities and exigencies of the modern time.

Pwajok, who led debate on the bill in the House, noted that before 1979, there were separate Acts regulating public holidays in the country.

The Plateau State lawmaker recalled that in 1975, a law was enacted to repeal all state laws on public holidays and to streamline the process of declaring holidays for the Federal Republic of Nigeria.

He noted that by law, the President may declare any day as a public holiday by public notice or Act through the Minister of Internal Affairs.

He added that by the schedule of the Act, some days such as New Year Day, National Day like October 1 and religious festivals are set aside for public holidays.

The lawmaker said in 2000, the National Assembly amended the schedule to declare May 29 as Democracy Day.

He noted that in May 2018, President Muhammadu Buhari announced June 12 as the new Democracy day.

Pwajok posited that for the pronouncement of President Buhari to become effective, there has to be an amendment of the Public Holidays Act.

Senate Leader, Ahmed Lawan, moved that the House bill which sought the concurrence of the Senate be read the second and third reading.

The motion was unanimously carried and the bill passed.

The Senate also concurred with the House of Representatives on the passage of five other House Bills.

It passed the 2018 budget proposal for the Universal Service Provision Fund (USPF) presented by the Senate Committee on Communications.