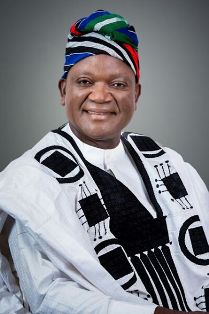 The Governor of Benue State, Samuel Ortom has stated that the open grazing law in the state was being implemented.

This is just as he also said that 400 persons from various ethnic nationalities have been arrested for violating the law.

Ortom spoke with State House correspondents shortly after he had a private meeting with President Muhammadu Buhari at the Presidential Villa, Abuja, today.

He stated that he in the Villa to brief Buhari on the security situation in his state, adding that the law on open grazing was still operational and was not targeted at any group or individual.

According to him, “The place is relatively peaceful; the law is being implemented and we have arrested 400 people irrespective of their ethnic background, whether Fulani, Igbos, Yoruba, Tiv, Idoma. We have convicted 50 people for contravening various offenses and we have seized more than 2,000 cattle.”

He continued,  “We ensured, no one has molested any cattle, nor killed any cattle but once your cattle is seized for open grazing by the livestock guard, within seven years when your cattle is quarantined, if you don’t come to pay fines and redeem your cattle, we auction them.

“ So far, for cattle that we have arrested, people have come to redeem and so we have not had any cause to auction any cattle; the law is still in force in Benue State and we are implementing it. “Everyone is free to establish ranch, we are not targeting any individual or group; anyone who wants to do cattle business should come to Benue and ranch, that we have land for it but for open grazing we have no land.”

Speaking on the on the situation on the Katsina Ala road, Ortom said  stakeholders in the state were willing to cooperate to find lasting solution to the insecurity situation but  that only  one notorious criminal “Gana,” who was trained by Boko Haram and had continued to terrorize the state that is the major challenge

According to him, Gana is the one instrumental to the kidnappings happening between Benue and Taraba states–all forms of criminality – armed robbery, assassinations and so on.

In his words, “ The community too has given up because as at today, the three local governments of Katsina Ala, Logo and Buruku are not safe. “No educational, farming, commercial activities are going on, the Igbos that are major traders have vacated. With operation Y Stroke, we are going to move against them and we believe we will be able to surmount them.’’

Reacting to reports that Benue state was among the 17 insolvent states based on the fact that their Internally Generated Revenues (IGR) in 2018 were far below 10 per cent of their receipts from the Federation Account Allocations (FAA) in the same year, he said that to be able to pay the N30,000 minimum wage and meet other demands, loopholes would be blocked.

The governor said that the plan was to look inward; generate more funds; improve on IGR; block some leakages and cut down cost of governance.

Ortom stated that he believed in dialogue and was also very transparent with the state’s finances.

Speaking further, he said, “For me, if I have my way they should even earn more than N30, 000 if the resources are there, they deserve it, we go to the same market and so we know the cost of living and other things are involved. The challenge is whether the resources will be there; I believe that we will look for ways and I believe it is not only Benue state. “There are about 17 states-all together; maybe at governors forum, there will be a way to get out of it.”