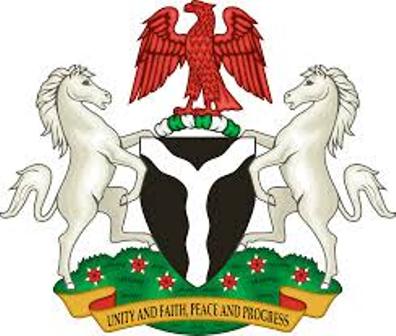 As the International Civil Aviation Organisation (ICAO) prepares to elect a new President of the Council in September, the Nigerian Government has pledged to join other member nations to enthrone someone with the capacity to build on the lofty achievements of the out-going Council President, Dr Olumuyiwa Bernard Aliu of Nigeria.

The Minister of State for Aviation, Senator Hadi Sirika, made the pledge when the United Arab Emirate (UAE) Ambassador to Nigeria, Fahad Al’Tafaq, and the country’s Representative at ICAO, Captain Ayesha Mohammed Al-Hamali visited the minister in Abuja to canvass support for Al-Hamali’s candidature for the organization’s Presidency.

According to Sirika, ICAO needed somebody with the capacity to deliver the expectation of the world of aviation, adding that candidates must show that they have the quality and the capacity to handle the office.

He assured that the country would continue to work with ICAO to develop its aviation industry and develop its manpower.

He said that one of such areas is the commitment of the world aviation body towards facilitating the establishment of an Aerospace University in Nigeria and that he expected whoever becomes the next President of the organization to push it through.

“Certainly, regulating the world of aviation is no joke and I don’t think the world is ready to handover to those who may not be able to deliver the expectation of the world of Aviation”.

The Minister stated that Nigeria had the population and the advantage to become a big aviation hub in the shortest possible time, saying the government was committed to turn things around.

Al’Hameli, who said her decision to contest for the office of the President of ICAO was borne out of her desire to promote innovation in aviation industry, said that Open Sky within the African and Middle East region was needed to ensure seamless mobilization of passengers within the region.

According to her, the United Arab Emirate sees Nigeria as a very important because it is one of the biggest countries in the region and believes that its support is very important.

According to her, “As a president, I want to bring ideas to the table because I believe in innovation and I was thinking about it a lot especially, working with the current president. We are changing the way ICAO do things because every era has something that leadership can deliver.

“Open sky is the first we have to achieve, the mobilization of passengers because at the end of the day, our industry exists because of the passengers.

“When I was traveling around this region I discovered that there is the need for infrastructure, which is very important and I belief ICAO can do a lot in mobilizing resources to build infrastructure.

“Innovation is not a luxury any more, innovation will bring so much change and it is something that we are working on at ICAO now.

“We will go a step further to make that regulation a standard enabler for innovation and not hindrance.’’

Earlier, the UAE Ambassador, Al’Tafaq, said the purpose of the visit was to introduce their candidate to the country and solicit for support for her during the election.

Al’Tafaq said that his country believed so much in the ability of Mrs. Al’Hameli to occupy the position of ICAO president based on her track record in aviation industry.

Be the first to comment on "ICAO Presidency: FG Promises To Support Candidate With Capacity To Develop Aviation Sector"