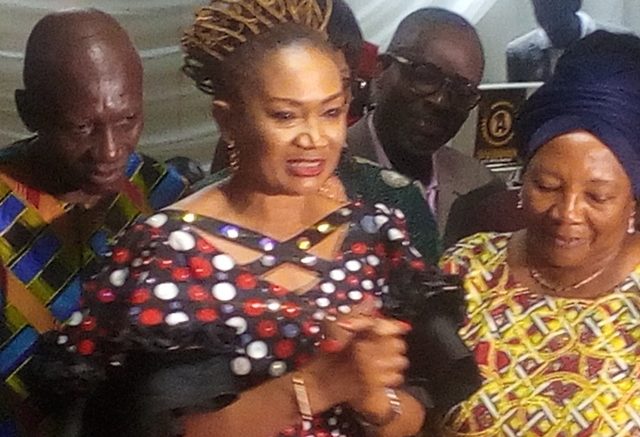 A former Miss Nigeria 1984/85, Hon. Rosemary Okeke has stated that Nigeria has the potential not only to generate its revenue from tourism thereby reducing its over-dependence on oil but also to make it main stay of the economy.

She stated this at the launch of the,”Romarox Tourism Photo Competition 2019” yesterday in Lagos.

She argued that research from the World Travel and Tourism Council (WTC) shows that tourism contributed a record NGN1.8 billion to the economy in 2016 or over 1.7 per cent of the total GDP and is predicted to grow by 3.6 per cent per year over the next decade, hoping to reach about NGN2.7billion in revenue by 2028.

She pointed despite the appreciable successes it has recorded in the last few years, tourism in Nigeria still suffers low patronage and worst still from Nigerians themselves, who most often are carried away by the lure of a vacation abroad, thus missing out on the chance to explore hitherto unknown beautiful tourist destinations in the country.

She said that although many travel abroad for those vacations on the premise of having no knowledge of some of the massive beautiful tourist destinations that abound here, others blame it on the poor packaging of these destinations/centres thereby making it unattractive to elicit a visit.

Not many Nigerians, the former beauty Queen said know there are quite a number of tourist destinations and attractions in the country with some of them being UNESCO approved heritage sites and which have huge potentials for economic development aside fun and leisure. According to her, “Despite these wonderful destinations, a lot of concerted efforts should be made to make these attractions, people-friendly. However, some state governments and a few private bodies, in their bid to develop domestic tourism in Nigeria have upped the ante in the area of cultural tourism as seen through cultural festivals like: Calabar carnival, Carniriv(Rivers Carnival), Eyo festival, Osun/Osogbo festival, Leboku festival, Argungu fishing festival, Ake festival amongst others.

As a great nation with many cultural differences which is not without its attendant prejudice of one tribe towards the other, domestic tourism serves as driving force for national unity and cohesion. It forms an avenue to get first-hand knowledge and experience of cultures different from that of our immediate environment. It is also a medium to exploit the benefit of staying peaceably with people from other cultures within our country thereby fostering growth at the community level that ripples off nationwide.”

Okeke stated that to encourage domestic tourism and to ensure patronage of our local tourist sites by Nigerians, the Sub Urban Heritage Initiative (SUHI) launched the Romarox Tourism Photo Competition on April 26th, 2012 in Abuja and was subsequently endorsed by the then Minister of Tourism, Culture and National Orientation.

She further explained that the competition seeks to ensure that members of the public appreciate their own immediate environment, adding that it has embodied it in its goals the noble intention of spreading the message of peace, hope, love and the strength that is characteristic of the Nigerian people.

The competition, she said also prides itself with passing down values of heritage of love to the underprivileged people amongst us through the skill empowerment projects of the Sub-Urban Heritage Initiative geared towards their socio-economic growth and development.

The ex beauty queen said that the competition serves as a medium for Nigerians to explore potential of their immediate environment hence making it a prospect that has immense economic viability, which entails amongst others, job creation, promote backward integration to the sub-urban than the urban.

Participants, she averred are free to participate by uploading on the website, original pictures of tourist attraction sites in their immediate environments in any and every category of the competition which includes: special scenery, natural wonders, legendary materials/iconic human, ecosystem festivals, history, monuments, developed tourist sites.

In her words, “The competition is a positive idea that promises mouthwatering prizes. The general public and all who mean well for the growth and development of domestic tourism in Nigeria therefore are enjoined to submit entries for the competition on the website which has being open for registration since March 2nd, 2019 and is slated to end on October 16, 2019.”

Okeke added that although the Federal and state governments have done well in trying to make tourism a more thriving market in Nigeria, a lot still needed to be done in certain areas that would have far reaching effects on the patronage of its local tourist sites by Nigerians themselves.

She called on Nigerians to contribute to the growth of the tourism sector by identifying and discovering unique and profitable tourist opportunities in our various locales.