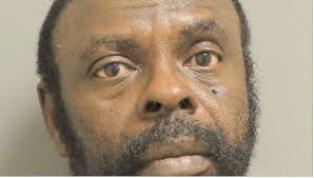 The Houston Police Department, along with other agencies, held a conference to announce multiple arrests made in human trafficking investigation.

Those arrested include; 27 woman and 20 men.

Some officers, who spoke to newsmen, listed some of the charges against them.

They include, sexual assault of a child, possession of a controlled substance, unlawfully carrying a weapon, tampering with evidence and prostitution.

Sgt. John Wall, with the Houston Police Department Vice Division, said despite all the arrests, the most rewarding part of the investigation was rescuing two minors, the youngest being 16.

“We are here to help, first and foremost.

“We understand they are scared to come forward, but we are going to do everything in our power to keep them safe, give them the services they need to move forward in life. And, at the end of the day, we hope we can put the trafficker where he belongs, and that’s in prison”, said Wall.

Be the first to comment on "Breaking News: Ex-NAPIMS GGM, Dafe Ejebor, 46 Others Arrested In US"