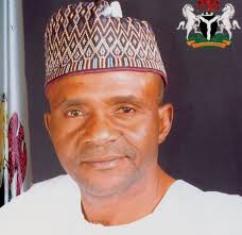 …Not Type Rated Too

Accident Investigation Bureau (AIB) final accidents and incidents report has said that the late former Governor of Taraba State, Danbab a Suntai , who piloted Cessna 208B Caravan aircraft with registration Marks 5N-BMJ ,which crashed on October 25,2012 was not only unqualified to fly the airplane but he was not also type rated on the machine.

In the report, AIB disclosed that Suntai, who obtained his Private Pilot Licence(PPL) at the Nigeria College of Aviation Technology (NCAT) was not qualified to pilot Cessna 208B Caravan.

The pilot, AIB report said has no relevant endorsement to fly Cessna Caravan 208B and that the pilot does not have instrument ratings and night flight privileges. This was disclosed to aviation journalists by the AIB Commissioner, Engr. Akin Olateru, while releasing the six final reports at the agency’s corporate headquarters at the Murtala Muhammed Airport(MMA),Lagos.

According to AIB Causal Factor, “The Bureau could not conclusively determine the cause of this accident; however, the investigation identified the following factors: the pilot was not certified, qualified and not competent to fly the aircraft. the decision of the pilot to operate a Visual Flight Rule(VFR) flight after sunset and inadequate oversight by the regulatory authority.”

The body also made two safety recommendations to the Nigerian Airspace Management Agency(NAMA) and the Nigerian Civil Aviation Authority(NCAA).

One of the safety recommendations is that NAMA should take appropriate action to relocate the existing control tower at Yola Airport in order to enhance the aerial view of the approach path of runway 35 from the Tower.

The agency directed NCAA in its safety recommendation should ensure all pertinent regulations with regards to the operations of the aircraft and certification of all relevant personnel and facilities of the Ministry of Works and Transport, Taraba State Government are appropriately complied with.

AIB’s report stated that its findings further revealed that :

·The pilot is qualified to fly Cessna 172 and has total logged flying hours of 58 hours and 40 minutes.

· The pilot has no relevant endorsement to fly Cessna Caravan 208B. Recalled that Cessna 208B the 5N-BMU aircraft which Suntai was piloting crashed on October 25, 2012, into a farmland in Namtari village, a suburb of Yola, capital of Adamawa state.

Of the four persons on board, Suntai was the last to be rescued because he was said to be trapped under the plane. He later died on June 28,2017.

Be the first to comment on "Danbaba Suntai Not Qualified, Competent To Fly Crashed Aircraft —AIB Accident Report"