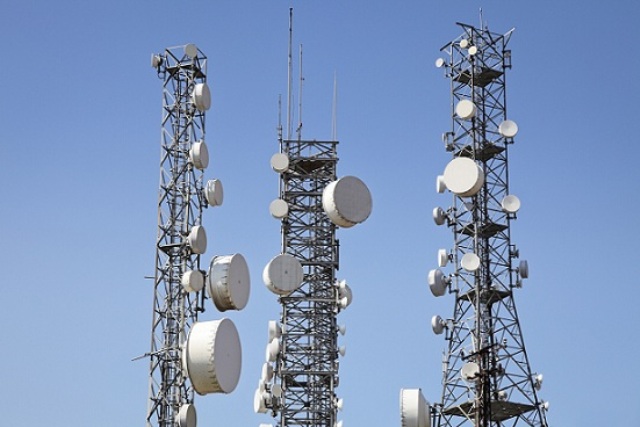 The Nigerian Civil Aviation Authority (NCAA)has stated that it would soon demolish over 7,000 telecommunication masts and towers belonging to Global System for Mobile Communications[GSM] providers erected all over the country for refusing to obtain the statutory Aviation Height Clearance (AHC].

This is just as it gave 30 days ultimatum to the defaulting telecommunication companies to obtain AHC certificate.

An online statement signed by the General Manager, Public Relations,NCAA, Sam Adurogboye, stated that the regulatory body was compelled to recourse to this line of action followed the refusal of the telecommunication providers to obtain the statutory AHC.

The stated pointed out that without AHC, these masts and towers constitute danger to safety of air navigation.

To buttress its point, the regulatory body said that under the Civil Aviation Act, 2006, Section 30(3)(1), the NCAA is empowered to prohibit and regulate the installation of any structure which by virtue of its height or position is considered to endanger the safety of air navigation.

Arguing furthermore, the statement cited the Nigeria Civil Aviation Regulations (Nig.CARs) Part 12.1.7.1.3.1,which stipulates that “No person or organisation shall put up a structure (permanent or temporary) within the navigable airspace of Nigeria unless such a person or organisation is a holder of Aviation Height Clearance Certificate granted under this Regulation.”

“Consequent upon this provision, the Regulatory Authority requires an Aviation Height Clearance (AHC) approval for every tower installation irrespective of the height and location,” NCAA said.

The statement said that contrary to the provisions of the NCARs above, the promoters of telecommunication and other defaulters have failed to obtain the mandatory AHC from NCAA, which is considered as a violation of safety Regulations.

NCAA in the statement stated that several letters and entreaties sent to the GSM providers from the authority were not responded to despite the fact that they were duly received by the relevant executives and duly acknowledged.

The regulatory body added that Letters of Investigation (LOI) were written and delivered to them with no response recorded till date.

Recalled that in a meeting with the Director General, early this year, the Association of Licensed Telecommunications Operators of Nigeria (ALTON) members were candidly advised by the DG to ensure they obtain AHC.

The advice, the agency said was to reiterate the need for all masts and towers erected in Nigeria to adhere to safety regulation and ensure safety of air navigation.

At the meeting, representatives of one of the well known telecomm company present were asked questions concerning the company’s refusal to obtain AHC Certificate and that in response the delegates demanded to be furnished with the location of the masts.

NCAA said that a booklet containing the coordinates and location of the masts was made available to the organisation’s representatives.

“As a result of the meeting, other telecommunications providers have implicitly demonstrated considerably compliance by duly obtaining the requisite height clearance from the Authority except for these few defaulters,” NCAA said in the statement.

NCAA noted that there are well over 40,000 masts and towers in Nigeria, adding that statutorily, all telecommunications operators should obtain AHC and ensured their annual validity.

It added that what this means is that the defaulting GSM providers have been running their networks and providing interconnectivity to millions of subscribers without AHC Certificate thereby jeopardising safety of air navigation.

NCAA cited Part 12.1.7.1.6 of the NCARs, which states that the Authority shall use all legal means of ensuring the removal of any structure which are erected or constructed without compliance with the provisions of these Regulations.

Meanwhile, a 30 -day ultimatum has been given to defaulting GSM providers in Nigeria to regularise their operations with NCAA forthwith.

NCAA warned that if however after the 30 days ultimatum the defaulters fail to comply with the directives of the aviation regulatory body , it would immediately embark on mass decommissioning and demolition of all their masts and towers in Nigeria.

Be the first to comment on "AHC: NCAA To Demolish Over 7,000 Telecomm Providers Masts"