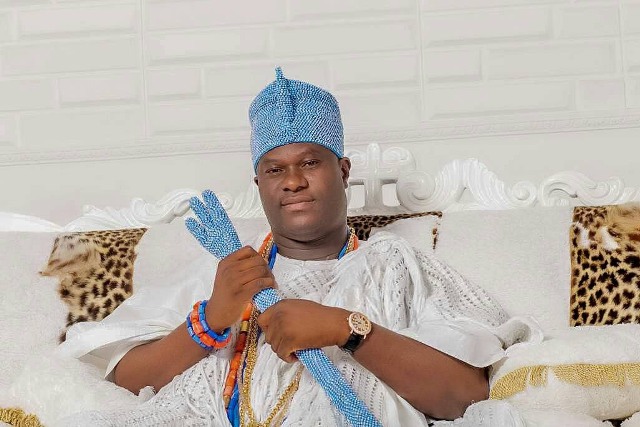 The Ooni of Ife, His Majesty Oba Adeyeye Enitan Ogunwusi, the Ojaja II has confirmed that he would attend the African Tourism Diaspora Conference as the Special Guest of Honour to be held at the 15th Akwaaba African Travel Market, September 22nd to 24th, 2019 in Lagos.

According to the organiser of Akwaaba, the Oba will be addressing not just the Yoruba nation at the event which takes place September 23rd but also the global African Diaspora on bringing African cultures together to grow its people.

The Ooni in his remark while receiving the Akwaaba team, who came to invite him on the side lines of a NATOP visit said, “There are over 500 million Yoruba’s across the world and the ancestral home of Ile-Ife is ready to welcome them when they visit Nigeria”.

AKWAABA will present the African Tourism Diaspora Conference on September 23, 2019, as a part of the week-long AKWAABA African Travel Market. Africa with 54 countries and a population of 1.2 billion has unbelievable tourism attractions. The African Diaspora and Africa have same unique culture, a rich heritage and beautiful destinations for Tourism and Trade, therefore, there is a need to connect and combine these wonderful cultures and population together as a market for mutual benefit.

Meanwhile, the  organiser of Akwaaba have announced a partnership deal with the Caribbean Tourism Organisation UK Chapter for this year’s event.

The partnership was signed last year at the World Travel Market held in London.

The Caribbean Tourism Organisation represents the tourism board of the Caribbean Islands.

The CTO members were very excited to explore the African market for the very first time this year and will be using Akwaaba Travel market as a platform to shore up tourists from the continent and also showcase beautiful tourist’s’ site of the Caribbean Islands.

The CTO’s participation at the Exhibitions was announced to partners as part of the Caribbean month’s events of 2019.

The AGM had a good turnout of partners from British Airways, The Bahamas, Cayman Islands, Antiga and Berbuda, Barbados, British Virgin Islands, Grenada, Dominica, St Vincent’s and the Grenadines, tour operators, influencers and DMC’s and also featured a panel of discussion moderated by Jamie-Lee Abtar BDM CTO UK Chapter on the Topic, “Under the Influence; Paving the Way for Diversity in Travel.”

There will also be a panel discussion on the use of influencers for destination marketing, diversity in marketing products to meet product specification and audience and creating experiences and cultural inclusion to travel.

The Caribbean Tourism Organisation had last year in London signed up for the Akwaaba 2019 during the World Travel Market.

Africa and its Diaspora have had a very strange relationship over the years because of the unfortunate history. They need each other in a complimentary way but have not yet worked out how to relate. Tourism could be a sure way to build a sustainable relationship.

2019 marks the 400 years of slavery since 1619 when the First Africans were taken by Force to the Caribbean and America , a very sensitive discuss which has kept a strange relationship between Africans and her diaspora.

It presents the opportunity to celebrate the merging of Africans, Americans, Caribbean’s and the rest of the world during this memorable gathering.

Highlighting the following discussions to be led by renowned African leaders:

Paper 2: The Year of return: Connecting Africa and its Diaspora. Actions, challenges and The future

Paper 3: African Heritage of the Caribbean: connecting the dots

In 2016, at Akwaaba African Travel Market started the Africa Travel and Tourism Conference and has since featured the largest gatherings of Top Aviation, Tourism professionals and discussed key topics that stirred the industry and have generated some significant impact thereon.

Since there has been no other comprehensive conference bringing leaders in tourism of the African Diaspora who have helped to make black cultural heritage tourism what it is today, the African Tourism Diaspora Conference is a worthwhile event that will be very significant to the culture, tourism industry and beyond.

Be the first to comment on "Akwaaba 2019: Ooni Of Ife Confirms Attendance"