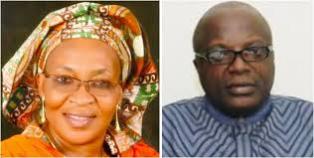 A Lagos High Court, sitting at Igbosere, Lagos State, has summoned a brother of the Ooni of Ife, Prince Tunji Ogunwusi, and his company, PrimeWaterview Holdings, over a housing scheme, which payments made by over 800 Nigerians remain unaccounted for.

Also expected to appear before Justice K. O. Dawodu, on April 10, are the incumbent President of the Nigeria Association of Women Journalists (NAWOJ), Mrs. Ifeyinwa Omowole, the National treasurer, Mrs Tosin Odusola, and immediate past chairman of the Lagos State Council of the Nigeria Union of Journalists (NUJ), Deji Elumoye.

A copy of the summons dated April 1, 2019, was made available to newsmen, at the weekend, entitled: “Request to Appear before the Alternative Dispute Resolution (ADR) Judge,” signed by Deputy Director, Mrs Achere Cole and LSW Administrator, Rosemary Ubajaka.

It read in part: “Be informed that the third and sixth respondents have been requested to appear before Justice Dawodu at the Lagos Multi-Door Courthouse, on April 10, at 2:00p.m prompt, to give reasons for their refusal to submit.”

Omowole had, with the support of Odusola and Elumoye, floated a mass housing scheme, first for female journalists; later, both males and females; and much later all interested Nigerians.

About 800 people subscribed to the scheme and made payments both in dollars and naira, many committing about N2 million.

The project expected was to be executed by Ogunwusi’s company, Primewaterviews Holdings.

When 26 of the subscribers reported the matter to the Economic and Financial Crimes Commission (EFCC), Ogunwusi admitted receiving N70 million from NAWOJ, but claimed that he had spent it clearing bush and importing electrical fittings from China although the houses were yet to be built.

The respondents have evaded summons by the Lagos State Multi-door Courthouse, to which the matter was reported by 26 out of the over 800 subscribers seeking refund of their payments, interests and damages among others.

Counsel to the petitioners, Oluyinka Olujimi, said the court summons is a clear indication that the ADR is set for the next level in ensuring justice is done in the matter, and that the respondents do not treat the ADR with levity any longer.

“We’ll see if they will treat the court with disdain. We’ll keep our fingers crossed till then,” he said, adding that since Justice Dawodu’s court sits a day before the scheduled ADR, it is important to have some key members of the petitioners to be in court for the two days.”

Out of the six defendants, only NUJ was present at the last sitting in February, while Omowole and Elumoye were represented by Yinka Kalejaye with no one from Primewaterviews Holdings of Ogunwusi, who admitted receiving N70 million.

However, Omowole and Elumoye, through their lawyer, requested a change in date from March to April, when he pledged that his clients would be available.