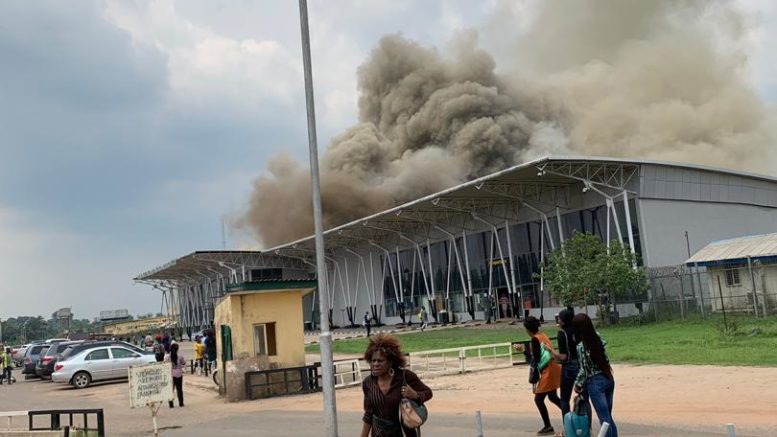 The inferno did not last long as it was quickly put off by fire official from the Federal Airports Authority of Nigeria(FAAN).

The General Manager, Corporate Affairs, Mrs. Henrietta Yakubu, who confirmed the incident  in an online statement , added that preliminary investigation has commenced on the matter .

“The Federal Airports Authority of Nigeria wishes to inform passengers and the general public that there was a fire incident that affected some parts of the terminal building of Sam Mbakwe International Cargo Airport, Owerri at about 1400hours today.The fire was however curtailed swiftly by officers of the Aerodrome Rescue and Fire Fighting Services Department of FAAN, ” she said in the statement.

“There was no casualty and normal operations has since resumed at the airport. The authority has commenced preliminary investigations into the cause of the incident,” she added.

FAAN, she said is committed to our core values of safety, security and comfort.

Be the first to comment on "Fire Breaks Out At Imo Airport, Curtailed"