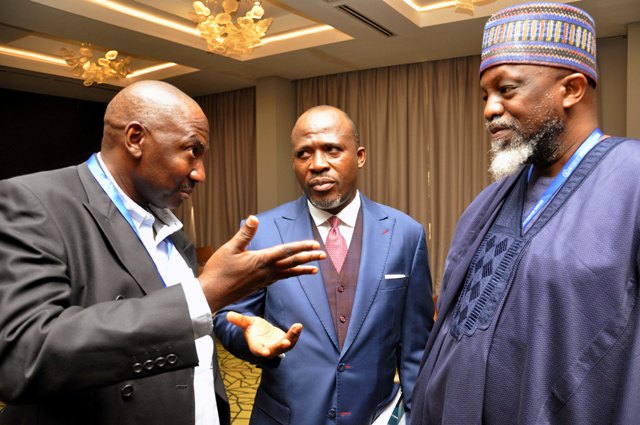 …Spends $1M On Training Of Staff In Singapore, US

The Commissioner of Accident Investigation Bureau (AIB) has stated that the agency would release the final report on Delta Air Lines Airbus A330-223 and five other accidents and incidents reports on April 25,2019.

This is just as he said that the Bureau has invested $1 million on training of staff in the last one year, adding that arrangements are on to establish a training institution in partnership with the Nigerian College of Aviation Technology(NCAT) and that .Cranfield University is happy to support AIB on this project.

Recalled that one of the engines of Delta Air Lines A330-223 aircraft caught fire on February 14, 2018, a situasion which made the aircraft to make an return minutes after take off

He made this known today while delivering his Keynote address at the Bureau’s 2019 Stakeholders’ Forum with a theme, “Review Accident Investigation Bureau Regulations 2016 and its Implications on Stakeholders”at Radisson Blu Hotels, Lagos.

Others are 2018 Dana runway incident in Port Harcourt Bristow Helicopter Sikorsky S76C++ with registration 5N-BQJ on February 3, 2016 and Gulfstream 2000 belonging to NestOil with 5N-SRI in February 2018.

The AIB boss stated that he had sent the report of the Delta serious incident to the aircraft manufacturer; Airbus for the 60 day review before the release of the report and that it returned from the manufacturers with ‘No Comment’.

What that means, Olateru said is that the report is world class. AIB , he stated was trying to clear all the backlog of reports, adding that when he was appointed the boss of AIB, he put experts in group to investigation, a departure from the old older where investigation was personalised.

To further buttress his point and to show the confidence repose on AIB reports, Olateru said that at Cranfield University in United States,” Our reports are been used as case studies.”

The AIB CEO disclosed that the agency has invested heavily in the training of the agency’s staff in Singapore and National Transport Safety Board(NTSB) In the United States for On the Job Training(OJT).

On the capacity of its Flight Safety Laboratory, he said that the lab. Has the capacity to download anything including Flight Data Recorder (FDR) and Cockpit Voice Recorder ((CVR)

Earlier, the Managing Director of Spring Fountain, Mr. Tunde Fagbemi stated that the aviation industry was the most regulated in the world and that it is because of its importance attached to safety.

“Aviation is the most regulated industry in the world, why do we need to regulate and it’s unfortunate but Ethiopian knows the need for regulation, Boeing, Airbus, Bombardier know why aviation needs to be regulated.”

He continued, “Accident is not what needs to happen, but it is something that we need to prevent. An accident is a culmination of many little events that were ignored and the most fundamental objective of AIB is safety and issuing safety recommendations for the betterment of the industry.”

The AIB Commissioner also revealed that the bureau is in the process of signing an agreement with France so the AIB can handle investigations of French-Speaking West African countries’ incident,” they appreciate what we are doing here, he said, “meaning we are doing something right.”

Be the first to comment on "AIB To Release Delta, Late Danbaba Suntai’s Helicopter,4 Other Final Reports April 25"