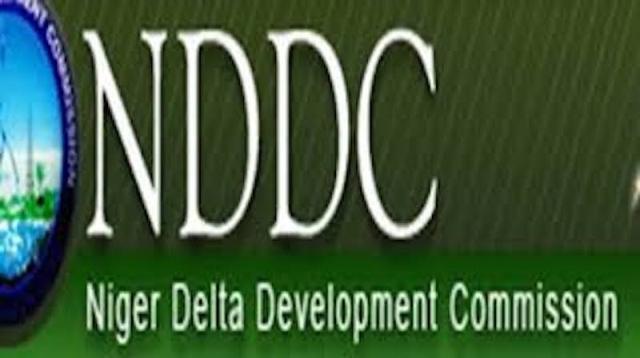 The Economic and Financial Crimes Commission (EFCC) today commenced the trial of a former Director of the Niger Delta Development Commission (NDDC), Engineer Tuoyo Omatsuli and three others over alleged N3.6 billion fraud at a Federal High Court in Lagos.

The anti-graft agency had on the 8th of November, 2018, arraigned Omatsuli alongside Don Parker Properties Limited, Francis Momoh and Building Associates Limited  before Justice Saliu Saidu on a 45-count charge bordering on the alleged offence.

At the resumption of proceedings today, EFCC called its first witness, Eyo Bassey Francis, a software developer and contractor.

While being lead in evidence by EFCC’s lawyer, Ekene Iheanacho, the witness said he had executed contracts for the NDDC as well as Akwa-Ibom, Imo and Abia State governments.

He also narrated how huge sums of money was transferred to the account of his two  companies by Omatsuli in 2014.

“In 2014, while working as a contractor with NDDC, I came in contact with Mr. Tuoyo Omatsuli. In the course of our interaction, I told him that I run an online platform and I also do a lot of imports. I also told him that because of my engagement in import, I was able to source for foreign currencies.

“He later called me on phone and told me that some money will be transferred into my account. I got initial sum of N80 million transferred into the Heritage Bank account of one of my companies, Asiladrin Global Consulting Limited. I converted the money into dollars as directed by Mr. Tuoyo”, he said.

Francis also disclosed that he had an inflow of another N340 million in two tranches of N160 million and N180 million into the company’s account within the same period.

He said he also converted the money into dollars and “handed it over to Mr. Tuoyo; NDDC’s Executive Director of Finance and Administration as well as the NDDC’s MD”.

Speaking further, the witness said: “Sometimes in January 2015, I also got a call from the 1st defendant (Mr. Tuoyo) telling me that I will be getting a payment from a company known as Building Associate. I later got an inflow of N349, 650, 000 into the Heritage Bank account of my company, College-Pro Synergy Limited. “I was furnished with an account of a firm, Greenhouse Investment, owned by the Special Assistant on Finance to the then NDDC’s MD to which I transferred N100 million. The balance was converted to dollars as directed by Mr. Tuoyo”.

Under cross-examination by Tuoyo’s lawyer, Professor Amuda Kanike (SAN), the witness said he did not transfer any money to the 1st defendant’s account.

He maintained that his oral testimony was part of the statement he wrote on 14th August, 2017 for the EFCC.

Further hearing in the trial continues on 11th April, 2019.

In the charge, Omatsuli was said to have procured the third and fourth accused (Momoh and Building Associates) to utilise a total sum of N3.6 billion paid by Starline Consultancy Services Ltd into an account operated by fourth accused.

The prosecution said that they ought to have known that the said sums, formed part of the proceeds of their unlawful activities which includes corruption and gratification.