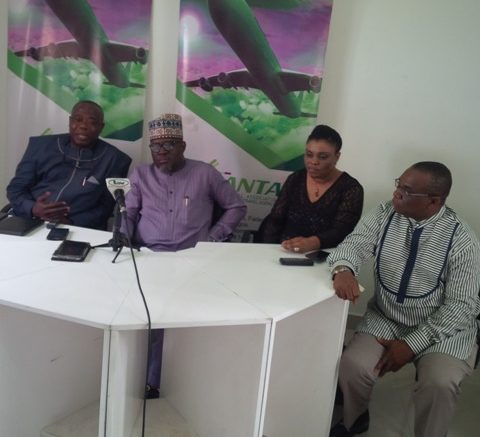 The Minister of State for Aviation, Senator Hadi Sirika, the Minister of Information and Culture, Alhaji Lai Mohammed, the Director General of the National Council for Art and Culture(NCAC), Otunba Olusegun Runsewe and the Director General of the Nigerian Tourism Development Corporation(NTDC), Folarin Coker are among the dignitaries expected at the 43rd Annual General Meeting(AGM) of the National Association of Nigerian Travel Agencies(NANTA) scheduled for March 27 at the Muson Centre in Lagos.

Speaking at the pre AGM press briefing in Lagos, the President of NANTA, Bankole Bernard stated that the body’ was working to make the 43rd AGM a memorable event.

He said this amount is just for ticket sales which may not mean that everybody that bought ticket travelled, adding that 10 percent of that figure might have bought the ticket without travelling.

Bernard stated that that since Ethiopia’s survival is through aviation, there is no reason Nigeria will not survive using aviation too.

The NANTA boss said that AGM with the theme: “Developing Strategic Policy for the Development and Growth of Travel and Tourism Industry in Nigeria” is aimed at taking NANTA to the next level.

Recalled that NANTA held its 2018 AGM in Port- Harcourt as a way of rotating its events and also to expose travel and tourism potential in that zone.

He put the level of compliance of the ID card between 20 -30 per cent.

Also speaking, the Chairperson of the AGM Planning Committee, Mrs. Susan Akporaye said that the AGM which is non elective is aimed at taken the body to the next level in line with the federal government Next Level agenda.

She stressed the need to let the government see the potential in tourism and travel sector in Nigeria.

Akporaye said there will an awareness walk for the AGM on the 26th in Lagos.

Be the first to comment on "Sirika, Lai Mohammed, Runsewe To Attend NANTA AGM In Lagos March 27"