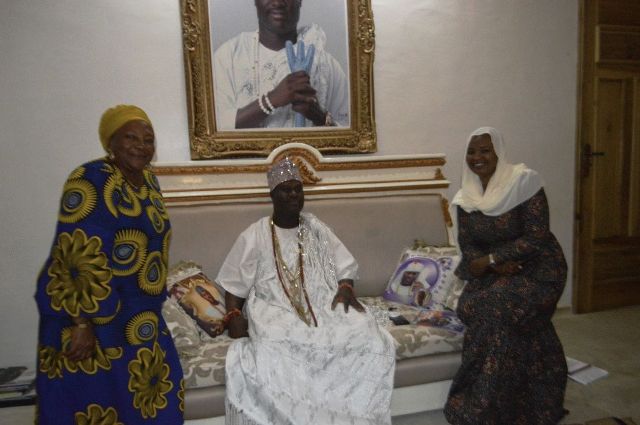 The Nigerian Association of Tour Operators (NATOP) has stated that the Ooni of Ife, His Majesty Oba Adeyeye Enitan Ogunwusi Ojaja II would host the association’s 2019 Annual General Meeting (AGM) scheduled to hold in Ile Ife, Osun State in April.

This was revealed when the President of the Association Hajia Bilikisu Abdul led Executive Members of NATOP on a courtesy visit to the Palace of the Ooni.

The Ooni of Ife thanked the association and promised to showcase the huge tourism assets of Ife the source of Yoruba civilisation during the AGM.

The Executive members were given a sample of The Heritage Sites in Ife.

Recalled that the 2018 edition of NATOP AGM was hosted in Jos by the Plateau State Government. While the 2017 AGM held in Lagos and was attended by the Minister of Information Culture and Tourism Alhaji Lai Mohammed.

The 2016 Edition of The AGM was held in Calabar Cross River State in the South South Region of Nigeria.

Speaking on the body’s AG, the President of NATOP, Hajia Bilikisu  said, “As a National Association we use our AGM to expose our members to the huge tourism potentials and resources available in Nigeria.”

NATOP is an association for tour operators involved in both outbound and inbound tourism.