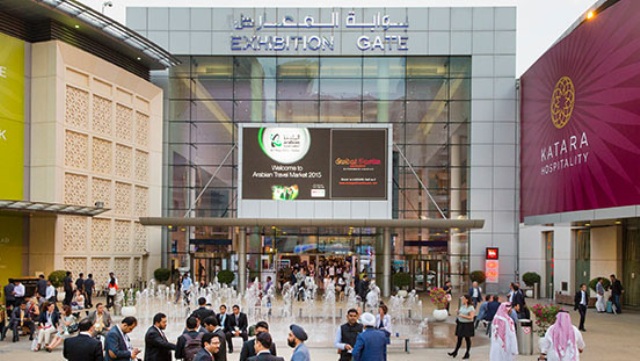 More than 30 airlines have confirmed their participation at the inaugural CONNECT Middle East, India &amp; Africa co-located with Arabian Travel Market 2019,which is taking place at Dubai World Trade Centre on Tuesday, April  30 and Wednesday, May 1.

In India, which has one of the world’s largest aviation industries, more than 678,000 flights departed from its top five airports in 2018 – with these airports possessing the capacity to manage 118.07 million passengers, an additional 12.32 million passengers when compared with figures from 2017, according to data published in the latest

Speaking, the Divisional Director, Reed Travel Exhibitions, Nick Pilbeam, said, “Despite rising fuel costs and unstable Rupee exchange rates, which has led to the Rupee losing around 14% of its value against the US dollar over the last 12 months, 2018 has been an exciting year for India’s aviation market.

“The country has recorded the world’s fastest growing domestic aviation market for the past three years, according to IATA, with domestic air passenger traffic registering a healthy 18.6% growth in 2018 underscoring the country’s vast market potential.” In the UAE alone, there are currently 1,065 weekly flights to India corresponding to 130,000 seats per week – with on-going bilateral talks continuing to take place to increase airline frequency between India and all GCC countries.

Also speaking, the CEO, The Airport Agency, Karin Butot, said, “Amid new route developments, rapid airport expansions and rising middle-class income – air passenger numbers to, from and within India are set to more than triple over the next 20 years to over 500 million journeys a year.

With up to 300 delegates, the inaugural CONNECT Middle East, India &amp; Africa will also include a packed conference programme, panel discussion and airline &amp; industry briefings as well as unlimited one-to-one meetings pre-scheduled for airlines, airports and suppliers – all combined with endless informal opportunities for networking throughout the two days.

Kicking-off the two-day event will be a training workshop entitled ‘The Simpson Paradox in Donut Crunching’ taking place between 9.15am – 10.15am on Tuesday 30 th April.

This session will discuss and evaluate the ‘Simpson Paradox’ while explaining how to achieve better data accuracy when estimating a route potential, or when analysing the performance of your competitors.

Rounding off the first day, a panel entitled ‘Regional Focus: What are the opportunities and challenges for the Middle East region?’ will address the on-going geo-political challenges and volatile fuel prices affecting the aviation industry at present while discussing how new and emerging destinations are positioning themselves to attract and develop significant air passenger traffic.

Another highlight will be keynote from John Strickland, CEO of JLS Consulting which will explore the key characteristics of the Indian, African and Gulf aviation markets, while discussing the importance of new aircraft types and the impact of new airline business models. CONNECT Middle East, India &amp; Africa will form part of the newly launched Arabian Travel Week, an umbrella brand comprising four co-located shows including ATM 2019; ILTM Arabia and new consumer-led event – ATM Holiday Shopper.

Be the first to comment on "35 Airlines Confirmed For Inaugural CONNECT Middle East, India, Amp Africa Forum In Dubai"