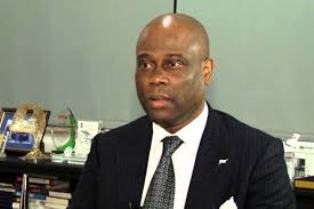 The profit after tax grew by 58 per cent compared with N60.07 billion recorded in the corresponding period of 2017.

The bank’s audited result released by the Nigerian Stock Exchange (NSE) indicated that profit before tax stood at N103.2 billion, against N78.2 billion achieved in 2017, which is an increase of 32 per cent from 2017.

In the result released, the gross earnings rose to N528.7 billion which is 15 per cent in contrast to N459. 1 billion posted in the comparative period of 2017 with interest and non-interest income contributing of 72 per cent and 26 per cent, respectively.

The bank, however, proposed a dividend of 25k per share, bringing total dividend for the year to 50k per share.

The bank said that Loans and Advances rose to N2.14 trillion during the period under review against N2.06 trillion in 2017.

The Group Managing Director of the bank, Mr Herbert Wigwe, said that 2018 marked a significant year of progress amidst an unfavourable macro climate.

“We made solid progress throughout 2018 in line with our 2018-2022 five-year strategy, and we remain committed to the achievement of our strategic imperatives going forward.

“As we continue to invest in our people and technology in order to improve operational efficiency and service touch points with earnings growth in 2019,” Wigwe said.

He said that the contribution of the bank’s subsidiaries to group profits grew by 116 per share to N27.9 billion, underlined by the effective implementation of overall strategy.

“In pursuit of our vision to be one of the leading banks in Nigeria, we took accelerated strides in the last quarter of the year towards achieving our overall retail strategy.

“The merger with Diamond Bank will enable us to fully entrench ourselves in the retail market with a view to lowering our funding cost.

“This transaction is anticipated to be completed by April 2019, resulting in the creation of an enlarged, efficient and digitally led tier 1 retail banking franchise,” he said.