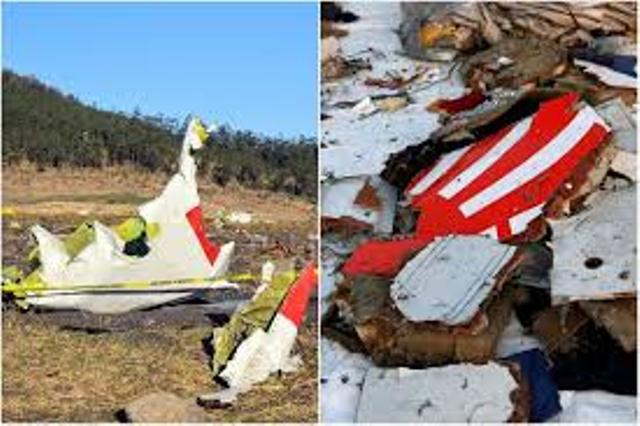 Boeing Co. is facing a growing crisis of confidence over its 737 Max jet, as airlines and regulators from Singapore to Australia move to ground or block the plane following two deadly crashes in five months.

A day after U.S. regulators stood by the jet’s airworthiness, airlines and aviation authorities in South America and Asia are instead opting for a zero-risk approach.

Australia followed Singapore in temporarily barring the 737 Max from its airspace, meaning the newest version of Boeing’s best-selling model is now blocked from a key long-distance travel destination as well as Changi, Asia’s second-busiest international airport and a popular transit hub.

The Civil Aviation Authority of Singapore barred any Boeing 737 Max flight in and out of the city-state, dragging airlines including Singapore Airlines Ltd.’s SilkAir, China Southern Airlines Co., PT Garuda Indonesia and Shandong Airlines Co. into a standoff with the Chicago-based plane maker and the U.S. regulator. While no Australian airlines operate the 737 Max, two foreign carriers currently fly them into the country, its aviation watchdog said.

The similarities between Sunday’s crash of an Ethiopian Airlines jet and the Lion Air disaster in October in Indonesia — both involving the Boeing 737 Max 8 aircraft — have spooked travelers and sparked worries that the jet is fatally flawed.

Despite the U.S. Federal Aviation Administration’s verdict that the plane remains safe to fly, Boeing has been hit with a wave of 737 Max groundings that could potentially snowball into lost aircraft sales.

Lion Air is said to be considering a switch to Airbus SE planes, a person familiar with the discussions said, with the carrier suspending further 737 Max deliveries this year.

Singapore’s aviation regulator will “gather more information and review the safety risk associated with the continued operation of the Boeing 737 Max aircraft into and out of Singapore,” according to a statement

Changi Airport declined to comment on the potential impact of the move, saying carriers will likely use spare aircraft or switch planes around to make up for the loss of the 737 Max. Flights to Changi on 737 Max aircraft accounted for 2 per cent of seat capacity this year, said Rahul Kapoor, an analyst at Bloomberg Intelligence, citing data from FlightGlobal.

SilkAir, which runs six 737 Max, said the blockade will have an effect on its flight schedules, while Shandong Airlines Co. canceled a flight to Singapore today from the Chinese city of Jinan, according to Changi.

China was the first aviation market to move on the 737 Max following the Ethiopian Airlines crash, which killed all 157 people on board the flight from Addis Ababa to Nairobi, Kenya.

The regulator grounded all 96 of China’s 737 Max planes early Monday until their safety can be assured.

The spreading cautionary moves are a reaction to the two deadly catastrophes that have eroded faith in the world’s most widely flown jetliner, even after the FAA said there isn’t conclusive evidence so far to link the crashes. Boeing shares fell more than 2.5 per cent on Germany’s Tradegate exchange as of 9:55 a.m. local time on Tuesday, after its U.S. stock ended Monday down 5.3 per cent.

The Ethiopian Airlines jet crashed minutes after takeoff on March 10, spurring comparisons to Oct. 29 Lion Air disaster, where pilots struggled to maintain control following an equipment malfunction plunging into the Java Sea shortly after taking off. Boeing said late Monday that in the coming weeks it plans to roll out software improvements for the anti-stall function that contributed to the Indonesian disaster.

The moves by Singapore and Australia go a step further than those of China and Indonesia, where domestic Max 737 fleets were grounded but the planes not barred from the countries’ airspace.

Singapore’s suspension includes both the Max 8 and 9 variants and affects foreign carriers that deploy the aircraft for flights into the island-city. The regulator is monitoring the situation and is in close contact with Boeing as well as the FAA and other aviation regulators, it said.

The 737 Max is the newest version of Boeing’s most important aircraft type, a plane family that generates almost one-third of the company’s operating profit. The narrow-body jet forms the backbone of many global airline fleets that use the model and Airbus SE’s competing A320 line on shorter routes.

Be the first to comment on "Australia, Singapore Ground Boeing’s 737 Max Planes"