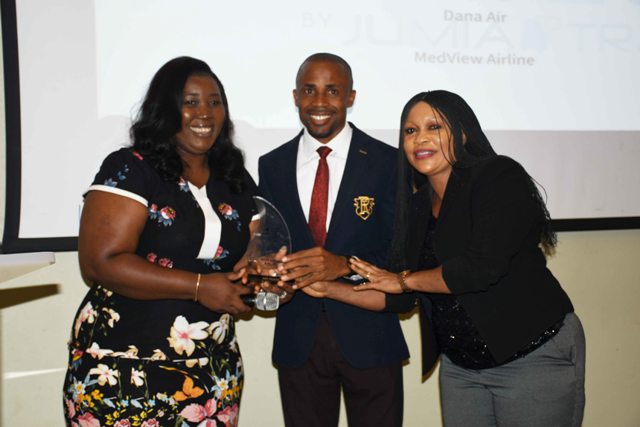 Air Peace has again been chosen as Nigeria’s best airline, garnering a whopping 44.7 per cent of the total votes cast in the domestic airlines category of the third edition of the Nigeria Travel Awards organised by Jumia Travel in Lagos on Monday.

The airline beat five other domestic carriers to clinch the “Best Local Airline of the Year” award.

The first runner-up in the category came far behind with 15.6 per cent of the total votes cast.

The winner of the award was chosen by members of the public through a simple online poll that closed on March 6.

The airline with the highest number of votes picked the award.

Speaking at the awards ceremony in Lagos, the Managing Director of Jumia Travel Nigeria and Ghana, Ms. Omolara Adagunodo, said the event was organised to celebrate and encourage those excellently acquitting themselves in their different spheres of operation. Speaking after receiving the award, Iwarah assured that Air Peace was in the airline business to do Nigeria and Africa proud.

The airline, he assured, would continue to sustain the high standards it was reputed for.

He said the carrier was poised to compete on the same platform with its counterparts across the world, especially with its soon-to-commence long-haul flights to Sharjah, Dubai, London, Houston, Guangzhou, Mumbai and Johannesburg.

He urged members of the flying public to continue to patronise Air Peace, assuring that the airline would neither disappoint them nor compromise the safety of its customers and crew.