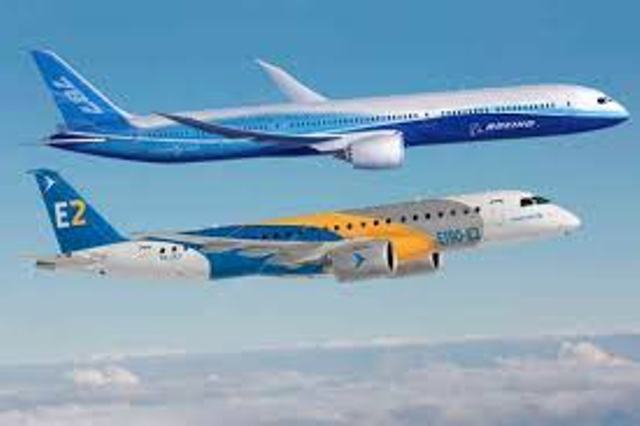 The proposed strategic partnership between Boeing and Embraer was approved today by Embraer’s shareholders during an Extraordinary General Shareholders’ Meeting held at the company’s headquarters in Brazil.

At the special meeting, 96.8 per cent of all valid votes cast were in favour of the transaction, with participation of approximately 67 per cent of all outstanding shares.

Shareholders approved the proposal that will establish a joint venture made up of the commercial aircraft and services operations of Embraer.

Boeing will hold an 80 per cent ownership stake in the new company, and Embraer will hold the remaining 20 per cent.

The transaction values 100 per cent of Embraer’s commercial aircraft operations at $5.26 billion, and contemplates a value of $4.2 billion for Boeing’s 80 per cent ownership stake in the joint venture.

Embraer shareholders also agreed to a joint venture to promote and develop new markets for the multi-mission medium airlift KC-390. Under the terms of this proposed partnership, Embraer will own a 51 per cent stake in the joint venture, with Boeing owning the remaining 49 per cent.

According to President and CEO of Embraer, Paulo Cesar de Souza e Silva,”This groundbreaking partnership will position both companies to deliver a stronger value proposition for our customers and other stakeholders and create more opportunities for our employees. Our agreement will create mutual benefits and boost the competitiveness of both Embraer and Boeing.”

On his part, Boeing chairman, President and Chief Executive Officer, Dennis Muilenburg, said, “Approval by Embraer’s shareholders is an important step forward as we make progress on bringing together our two great aerospace companies. This strategic global partnership will build on Boeing’s and Embraer’s long history of collaboration, benefit our customers and accelerate our future growth.”

Embraer’s defence and executive jet business and services operations associated with those products would remain as a standalone publically-traded company.

A series of support agreements focused on supply chain, engineering and facilities would ensure mutual benefits and enhanced competitiveness between Boeing, the joint venture and Embraer.

Also speaking, Embraer Executive Vice President of Finance and Investor Relations, Nelson Salgado said, “Our shareholders have recognized the benefits of partnering with Boeing in commercial aviation and the promotion of the multi-mission airlift KC-390, as well as understanding the opportunities that exist in the executive aviation and defense business.”

The Boeing Chief Financial Officer and Executive Vice President of Enterprise Performance & Strategy, Greg Smith said, “People across Boeing and Embraer share a passion for innovation, a commitment to excellence, and a deep sense of pride in their products and their teams – these joint ventures will strengthen those attributes as we build an exciting future together.”

Boeing and Embraer announced in December 2018 that they had approved the terms for the joint ventures and the Brazilian government gave its approval in January 2019. Shortly thereafter, Embraer’s board of directors ratified its support for the deal and definitive transaction documents were signed. The closing of the transaction is now subject to obtaining regulatory approvals and the satisfaction of other customary closing conditions, which Boeing and Embraer hope to achieve by the end of 2019.

Embraer will continue to operate the commercial aviation business and the KC-390 programme independently until the closing of the transaction.

Be the first to comment on "Boeing, Embraer Partnership Receive Shareholders Approval"