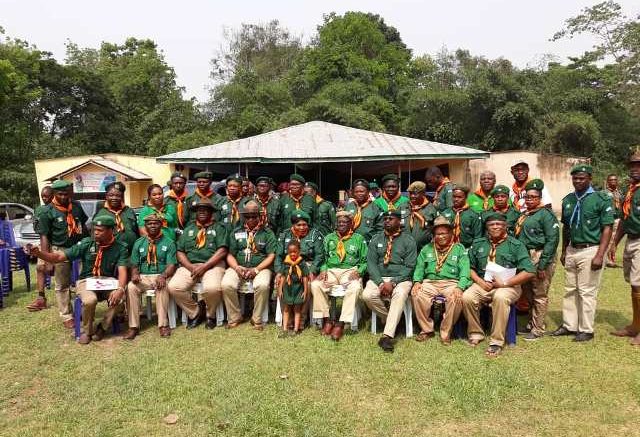 The Edo State Scout Council has appointed a 14- man Governing Board to pilot the affairs of the council.

The 14 man-Board was elected at its Annual General Meeting (AGM) held on February 9, 2019, which was declared open by the Council President, Honourable Justice Esohe Ikponmwen, who is also the Chief Judge of Edo State.

The AGM was particularly significant because it blazed the trail in Nigeria with the operationalisation of a new management system introduced by the World Scout Body.

It was under the new system, a 14-man Governing Board was elected to run the affairs of the Scout Association in the State.

The Board has Prof. P. O. Oviasuyi, Ph.D, FCAI, FNIM as Chairman, with Mr. Emmanuel Esene as his Deputy.

The high point of the AGM was the appointment of Scouter Joy Imariabe as the new State Scout Commissioner – the first female to assume this position in the State, and also the first GSAT female Commissioner in Nigeria.

Speaking earlier, the Edo State Scout Council President urged Scout leaders to make serious drive to introduce scouting to all children and youths as a way of inculcating discipline and resourcefulness into the future generation.

The out-going State Scout Commissioner, Amb HE Osifo, in his speech chronicled the achievements of his Executive Committee.

In his acceptance speech, the new Chairman of the State Scout Council Governing Board reaffirmed the resolve of the Board to revamp scouting in the State.

Scout leaders from Delta, Rivers and Ogun States, as well as representatives of the National Scout Board led by Mr. Scot Aigbovia; were in attendance to steer the AGM.

A pioneer scout in the State, Chief Dr Aletor, also graced the AGM with the Deputy President Sir. Ikponmwen along with community leaders from Ogba, Utagban and Irhirhi.