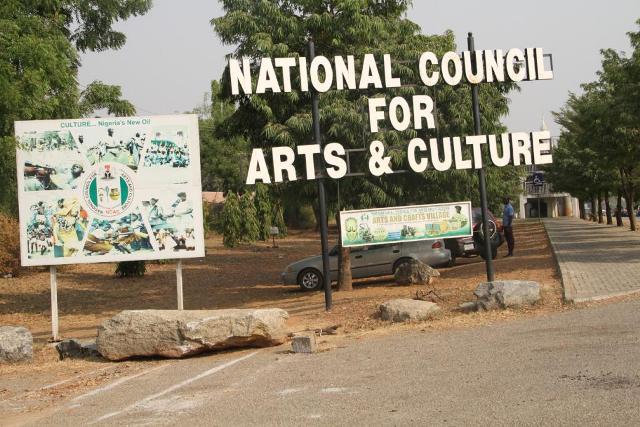 The Director–General of the National Council for Arts and Culture (NCAC) Otunba Segun Runsewe has said categorically that the permanent site of the Council located at Wuse zone 4 in Abuja village is not for sale.

Runsewe stated this following claims emerging from some quarters that the village has been sold.

Rather, the DG said that a massive renovation of the site is being undertaken.

The DG made this known while showing some journalists round in a facility tour of the premise, which has been under lock and key for some time now, adding that upon completion of the rehabilitation work currently ongoing, the cultural market will be ready for good business and open to Nigerians to take full advantage. * The Director General of NCAC, Otunba Runsewe taking journalists round the facility.

Rolling out some of the innovations and ideas to reposition the place, Otunba Runsewe stated that there would be a functional information centre at the entrance of the market, a reputable bank with three ATM machines, a pharmacy, mini- children’s park, restaurants, amphi-theatre and a skill acquisition centre among many other.

Speaking to journalists, the NCAC boss said when the renovation is concluded, eligible Nigerians will be allocated shops after profiling to ensure credibility and fairness. He reiterated that the present management has planned to make the market a fully cultural market which will be anchored purely on handicrafts and culture-related items.

Runsewe further explained that the market will comprise several sections; a car park area, investment forum section and the main cultural market section which will boast no less than 165 shops that will in turn provide jobs for at least a thousand Nigerians. * Work in progress in the Village

The DG also hinted that there will be provision for night market which will be done every last Friday of the month maintaining that the general idea is to retain the cultural aesthetics of the market while fully exploring the economic potentials to empower Nigerians.