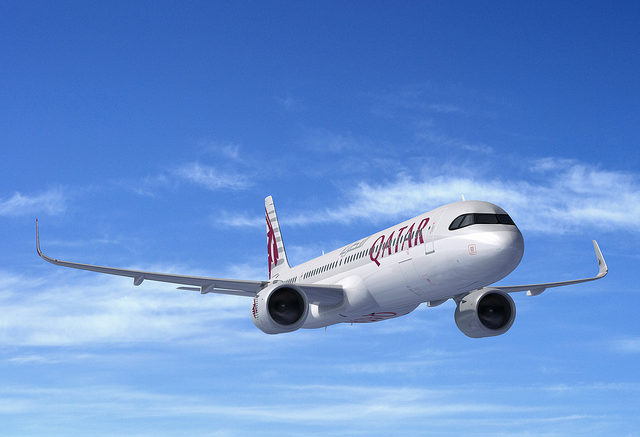 Qatar Airways has stated that it would convert 10 of its 50 Airbus A321neo on order to the Airbus A321LR (long range) variant of the A320 family.

The A321LR is a type of A321neo, which has extra fuel tanks as well as a higher maximum take-off weight to give the aircraft additional range.

Qatar Airways said that it will use the A321LR to connect Doha to new growing markets, where today demand is not sufficient for wide body aircraft or where current narrow bodies (A320/A321) are unable to reach.

Alternatively, the airline added that the new aircraft will be adopted to provide additional frequencies on existing Qatar Airways routes, giving its loyal passengers more choice and flexibility when they travel.

Speaking on the planned conversion, the Qatar Airways Group Chief Executive, His Excellency Mr. Akbar Al Baker, said, “We have re-assessed the requirements of our fleet and determined that the A321LR will bring the additional capability and range to our existing portfolio of aircraft types that we require to successfully support our global route expansion. Based on this analysis we have agreed with Airbus that we will convert 10 of our 50 A321neo on order to the longer range A321LR, the first of which will be delivered in 2020.” According to Qatar Airways the A321LR, the latest member of the market leading A320neo family, is able to fly longer routes of up to 4,000 nm (7,400 km) and that the A321LR provides additional operational flexibility, as it has the longest range of any single aisle airliner, making it ideally suited to transatlantic routes and enabling airlines to tap into new long-haul markets which were not previously accessible to single aisle aircraft.

This aircraft is improved with a maximum take-off weight of 97 tonnes compared to 93.5 tonnes for a standard A321neo, with structural reinforcements at the wing and centre wing box, and the option of adding a third fuel tank in the cargo compartment, depending on the needs of the operator.

This aircraft is also characterised by its passenger comfort, its significant endurance, its cabin layout adaptability, its per-seat operational costs, which are 30 per cent lower than those of the nearest competitor, and all this with excellent environmental performance.

Qatar Airways operates a modern fleet of more than 200 aircraft to a network of around 160 key business and leisure destinations across Europe, the Middle East, Africa, Asia Pacific, North America and South America.