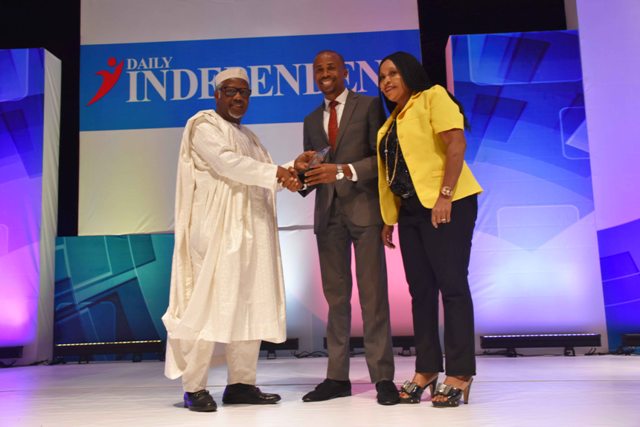 …Says It Will Sustain Standards

The airline said this after emerging Airline of the Year at Independent Awards 2018 held in Lagos.

Organisers of the awards, Independent Newspapers Limited, said the airline was chosen for impacting the aviation industry in many great ways.

In a letter to the Chairman/Chief Executive Officer of Air Peace, Mr. Allen Onyema, the Managing Director/Editor-in-Chief of Independent Newspapers Limited, publishers of Daily Independent, Saturday Independent and Sunday Independent, Mr. Ade Ogidan said, “The Selection Committee considered how you have redefined flight operations in Nigeria by bringing to bear a regime of safety and comfort for travellers at a phenomenal level.

“Your leadership in the Nigerian aviation industry is loud enough for all to see. For instance, in September 2018, Air Peace signed an agreement with Boeing for the acquisition of 10 new 737 MAX 8 aircraft, making history as the first airline in West Africa to add such airliner to its fleet.

“Besides, your company also set a new record with the acquisition of Boeing 777 aircraft, making you the first and only Nigerian airline to procure and register the brand of airliner in the country. Its arrival, no doubt, has further expanded your service profile to several other countries.

“Since you commenced flight operations, we observed with satisfaction that your organisation has been able to focus on developing a customer-centric brand personality that speaks to safety, innovation, dynamism, comfort, fun, sincerity, affordability and quality service. These corporate traits have given you a unique identity in the Nigerian aviation industry.”

Meanwhile, Air Peace has dedicated its Airline of the Year 2018 award to its loyal customers, adding that it was grateful for the support given it to excel in its flight operations. It pledged to sustain the high standards of its flight operations and bring Nigeria honour in the global aviation industry with its planned international flights to Dubai, Sharjah, London, Houston, Guangzhou-China, Mumbai and Johannesburg.

It commended Independent Newspapers for boldly recognising merit, saying the company had acted consistent with the brand integrity it had been reputed for in the media industry.

The carrier, which acquired six 50-seater Embraer 145 jets, four Boeing 777s and a couple of Boeing 737 aircraft in 2018, also signed a contract for the delivery of 10 brand new Boeing 737 MAX 8 aircraft in September and set a record with the establishment of a subsidiary, Air Peace Hopper.

The airline launched a number of domestic routes, including Kaduna, Kano Yola and Asaba in the period under review as well as expanded its foray into the West Coast of Africa by adding Freetown, Banjul, Dakar and Monrovia to its Accra operations under its no-city-left-behind project.