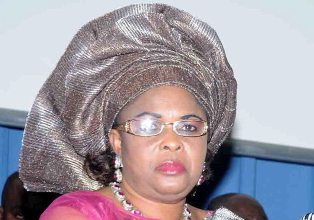 The Trial Judge, Justice Mojisola Olatoregun had ordered the electronic evidences to be displayed in the open court, after counsel representing companies belonging to Jonathan, Chief Mike Ozekhome (SAN), had opted to exhibit the video evidences.

The Economic and Financial Crimes Commission (EFCC) had obtained an interim order for forfeiture of the sums on April 20, 2018, through an exparte application.

The court while granting the exparte application, directed that the interim order be published in the National dailies, for any interested party to appear and show cause, why a final order should not be made.

On October 29, 2018, EFCC’s counsel, Mr Rotimi Oyedepo had moved his motion seeking the final forfeiture of the said sums, but counsel to the respondents had respectively, opposed the said applications for final forfeiture, while arguing their counter affidavits.

Specifically, Ozekhome, who appeared for the third to sixth respondents, had informed the court that exhibits F5 of his processes, confirms that the third respondent (Finchley Homes) is a company, and shows video evidences of various outfits legitimately run by it.

He had then urged that the said videos be exhibited in court, and the judge granted same.

On Tuesday, five videos were displayed during the proceedings.

The first video which spanned a period of 25 minutes, showed business outlets and products of Finchley Homes Ltd, (third respondent) including interior and exterior home decorations, household utensils, textiles, drinks, noodles, furniture, its warehouse, as well as various pick up vans of the company.

The second video, which lasted for four minutes, showed the business outfit of the sixth respondent (Magel Resort Ltd), located in Otueke, Bayelsa State, exhibiting the luxurious Hotel and Suites with well equipped IT centres.

The fifth video, which lasted for seven minutes, displayed a visit of the then First Lady, Patience, to Katsina State, also for flagging off of the initiative.

After the videos were exhibited before the court, EFCC’s counsel, Oyedepo, then informed the court that he had not been served with an affidavit of the first respondent showing some of the exhibits displayed in court.

On this premise, the court adjourned the case until January16 for continuation of trial.